World, Family And Marriage, Indonesia
Save for Later
From The Center 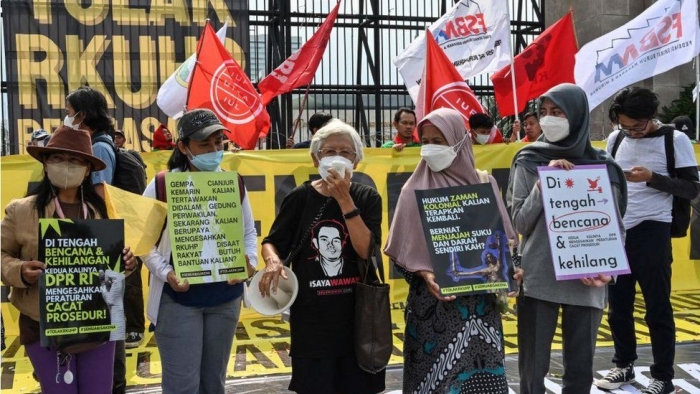 Indonesia's parliament has approved a new criminal code that bans anyone in the country from having extramarital sex and restricts political freedoms.

Sex outside marriage will carry a jail term of up to a year under the new laws, which take effect in three years.

The raft of changes come after a rise in religious conservatism in the Muslim-majority country.

Critics see the laws as a "disaster" for human rights, and a potential blow to tourism and investment.

Several groups of mainly young people protested against the legislation outside parliament...