Violence In America, Buffalo Shooting, Race And Racism, Gun Control And Gun Rights, Criminal Justice
Save for Later
From The Center 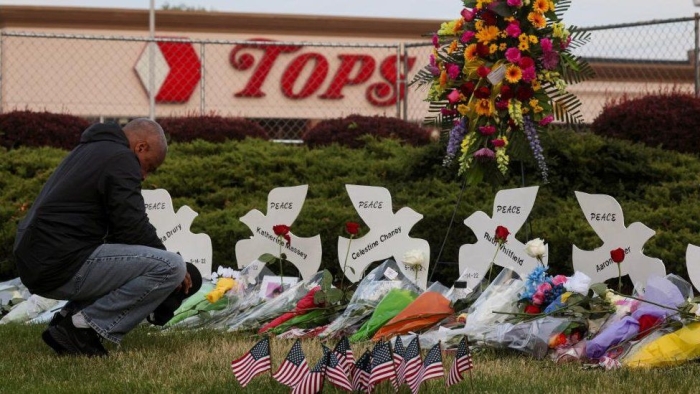 A white gunman who shot and killed 10 people in a racially motivated attack in Buffalo, New York has pleaded guilty to murder and terrorism charges.

The plea means he will be sentenced to life in prison without parole. New York does not have the death penalty.

The 19-year-old killer initially pleaded not guilty to the state charges in June.

"I understand this is a momentous and tremendously emotional event," Judge Susan Eagan said in court on Monday.

The judge named each victim and asked the gunman if he had...