Sexual Misconduct, Arts And Entertainment, Celebrities, Culture, Courts
Save for Later
From The Right 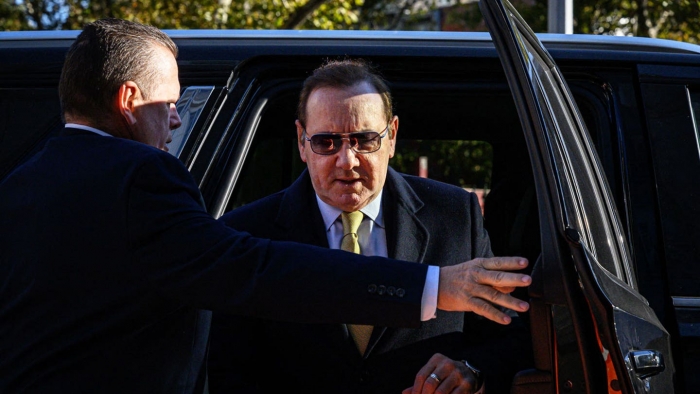 Kevin Spacey was found not liable in a civil sexual misconduct trial Thursday following more than an hour of deliberations by a jury in a New York courtroom.

Jurors reached the verdict shortly before 4 p.m. in the civil lawsuit filed against actor Kevin Spacey.

The former "House of Cards" actor is accused of assault, battery and emotional distress stemming from an incident against Anthony Rapp in 1986 when he was 14 years old.