Anti-royal protesters are being arrested in the U.K. as the 'Not My King' tag grows 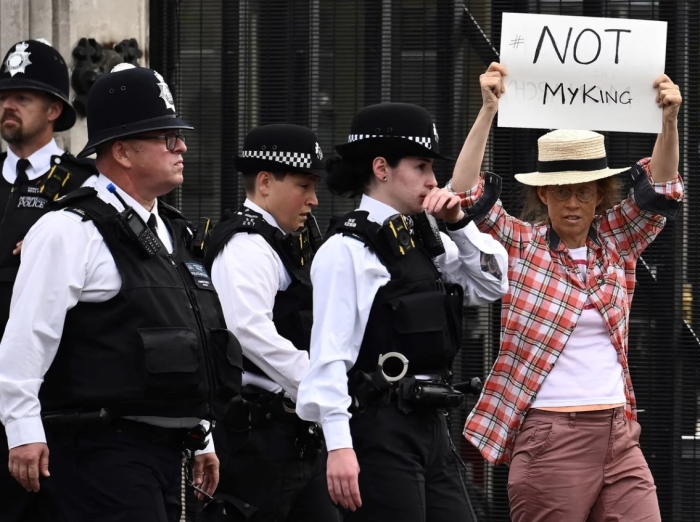 "He is and there is nothing you can do about it."

That exchange between two commenters on Twitter encapsulates the current friction in the United Kingdom, where King Charles III's ascension to the throne has sparked anti-royalist protests.

In dramatic ways, the dynamic is playing out in real life: police have made a series of arrests against people protesting the monarchy in recent days, raising questions about the right to freedom of speech as the U.K. proclaims a new head of state to replace the late Queen Elizabeth II.