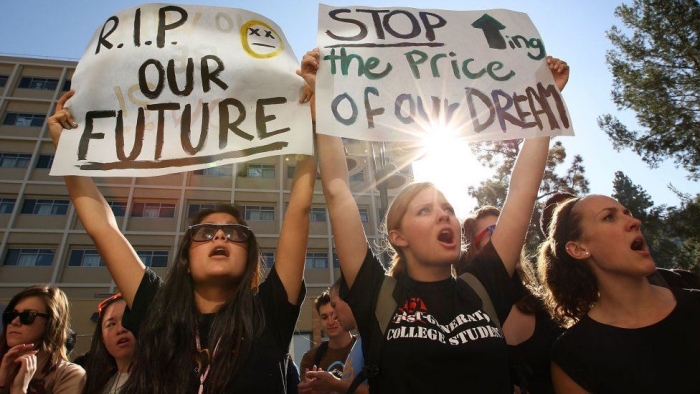 US President Joe Biden is cancelling billions of dollars of federal student loans. But what difference will it make?

On Wednesday, Mr Biden announced he will cancel up to $10,000 (£8,500) in federal student loans - used to fund higher education costs such as tuition and housing - for millions of Americans who earn less than $125,000 each year.

Mr Biden will also forgive $20,000 of debt for students on Pell Grants, which applies to those in greatest financial need.

The news, political analysts have suggested, was announced to drum...

RED BLUE TRANSLATOR
What Great Depression (The) means to Liberals & Conservatives
News and Information about Banking and Finance
Go ad-free! Support AllSides.
About these ads
https://www.bbc.com/news/world-us-canada-62669071