World, Ukraine, Ukraine War, Mariupol, Evacuations
Save for Later
From The Left 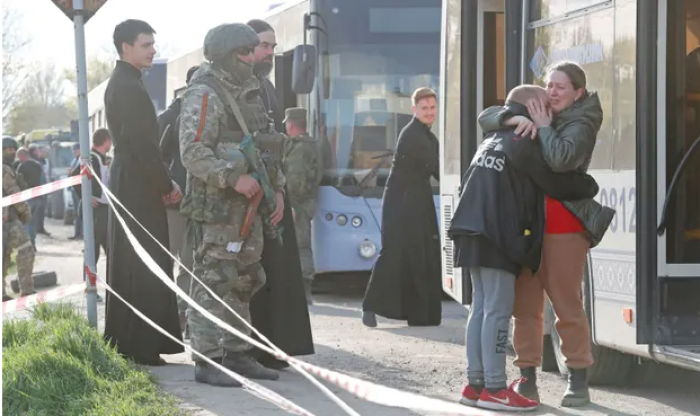 Ukrainian authorities are planning to evacuate more civilians from Mariupol on Monday, after dozens were finally brought to safety following weeks trapped under heavy fire in the strategic port city’s Azovstal steel complex.

The civilians had been sheltering in bunkers beneath the steelworks that is the last redoubt for Ukrainian forces in Mariupol.

On Sunday, Ukrainian president Volodymyr Zelenskiy said about 100 civilians evacuated from the steel works and would arrive in the Ukrainian-controlled city of Zaporizhzhia on Monday morning.