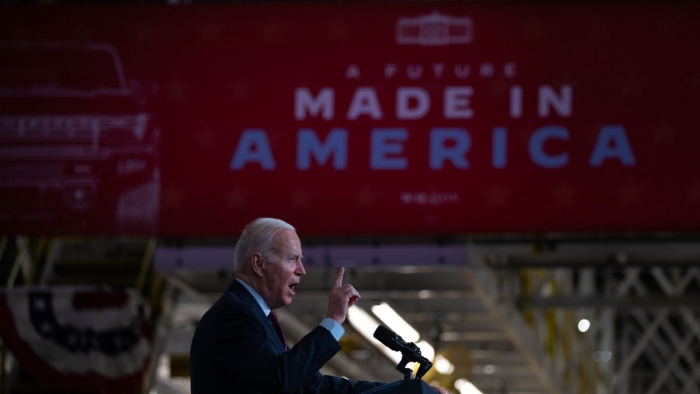 President Biden plans to maintain former President Trump's tariffs on solar cells and panels, but loosen some restrictions on importing supplies from Asia to help combat climate change, according to people familiar with the matter.

Driving the news: Biden will issue a proclamation on Friday morning to extend the so-called Section 201 tariffs, due to expire Sunday, for another four years, an administration official said.

Why it matters: Biden's decision is an attempt to balance two competing priorities — both crucial to his presidency:

Long-term, he wants to bolster domestic manufacturing and stimulate U.S.-based...

Is Price Gouging The Root Cause of Inflated Gas Prices?
PERSPECTIVES BLOG