Joe Biden, Poll
Save for Later
From The Right 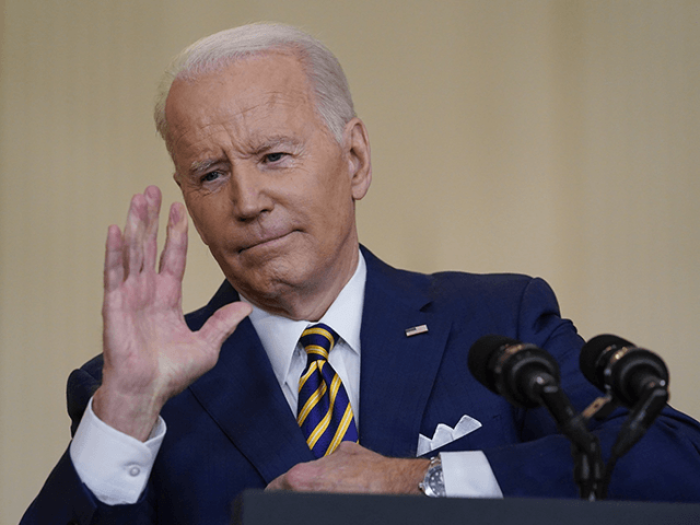 Seventy-two percent of Americans say the nation is headed in the wrong direction, a Sunday NBC News poll revealed.

As rising inflation, coronavirus chaos, supply chain woes, and foreign policy blunders have impacted Americans throughout 2021 and into 2022, 72 percent of respondents believe the country is on the wrong track, up one point from October’s NBC News poll.

Only six times have 70 percent or more of Americans believed the nation is headed in the wrong direction in consecutive surveys.

Read full story
Some content from this outlet may be limited or behind a paywall.
Joe Biden, Poll