Where Rep. Pramila Jayapal got her spine

US House, Pramila Jayapal
Save for Later
From The Center 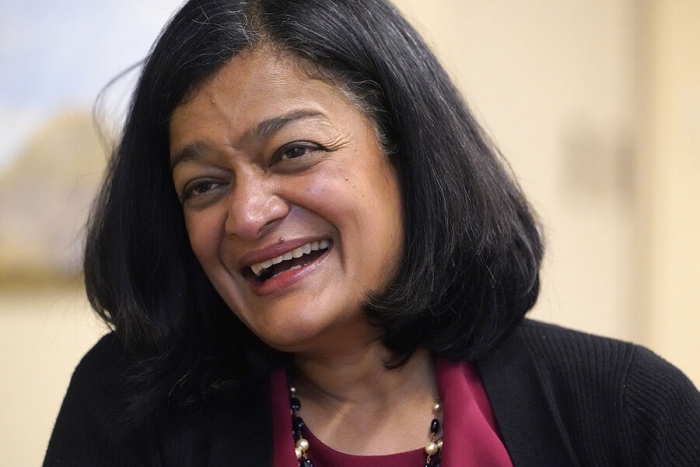 What is the line between courage and audacity? Rep. Pramila Jayapal has been criticized for overplaying her hand, but colleagues say her approach is consistent with a career driven by strong values.

The president of the United States had come to Capitol Hill to try to seal a deal on his domestic agenda before heading to Europe. But progressives and moderate Democrats were at an impasse.

So Rep. Pramila Jayapal, chair of the Congressional Progressive Caucus, marched across the Capitol to meet with Sen. Kyrsten Sinema, one of the moderate holdouts, in her basement hideaway. It’s that kind of determination that has helped her quickly become one of the most powerful Democrats in the House. But with less than five years under her belt, she’s still learning to navigate the labyrinth of hallways on the Hill. On the way, an aide accompanying her had to stop and ask a Capitol Police officer for directions.

Representative Jayapal comes across as direct and driven – even if she hasn’t always known exactly where she’s going. Her life arc runs from India to Indonesia, from Wall Street to an MBA at Northwestern to a lonely job crisscrossing the Midwest selling medical supplies from a blue Ford Aerostar. She found her passion in Seattle, where she built the largest immigrant rights organization in Washington state – a path that eventually took her into politics.

Read full story
Some content from this outlet may be limited or behind a paywall.
US House, Pramila Jayapal