Violence in America, Capitol Chaos, January 6 committee
Save for Later
From The Left 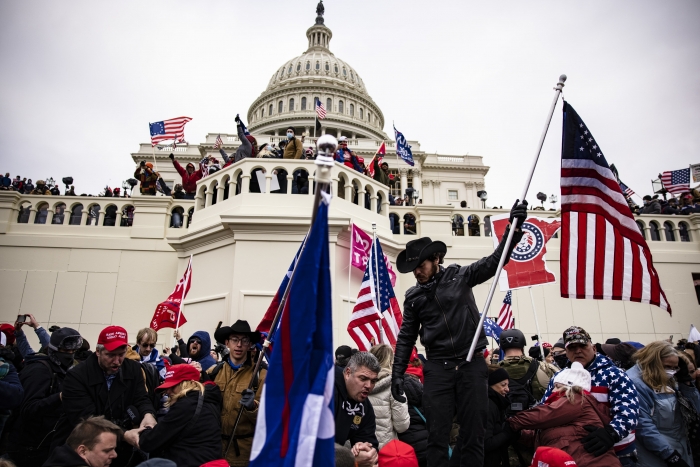 Scott Fairlamb, a former mixed martial arts fighter from New Jersey captured on video punching a police officer in the head at the US Capitol on Jan. 6, was sentenced on Wednesday to 41 months in prison.

Fairlamb is the first Capitol rioter set to spend years behind bars. The sentence from US District Judge Royce Lamberth was three months less than the 44 months in prison that prosecutors had argued for, and 30 months more than the 11 months that Fairlamb’s lawyer had argued would be appropriate; he’s already served nearly 10 months in jail since his arrest.

Ahead of sentencing at the Wednesday hearing, prosecutors laid out his criminal history, including two past convictions for assault as well as a threat he made against Rep. Cori Bush, in arguing for the need for a significant sentence for deterrence.