Survivors Of “Unite The Right” Violence Testified About How The Attack Unfolded: "I Thought I Was About To Die"

Violence in America, Unite the Right, Charlottesville, Polarization
Save for Later
From The Left 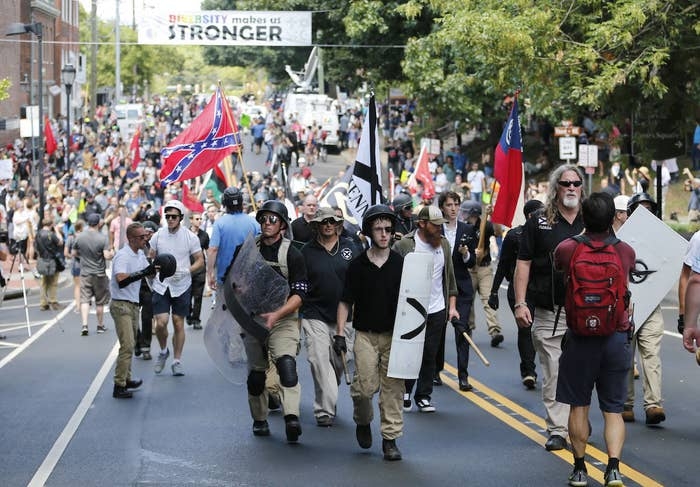 As a photo of blood streaming down her battered face was shown in the courtroom and memories of the worst day of her life came rushing back, Natalie Romero choked up and her voice cracked. Through tears, she described the moments before the image was taken, when a Dodge Challenger driven by a neo-Nazi plowed into a crowd of anti-racist demonstrators in 2017, killing one woman and injuring dozens of other people.

“I get hit and the next thing I know is just darkness and hearing a long beep and thumps,” Romero, 24, testified.

She described it like a scene from a war movie when a soldier is blown up by an explosion and the screen flashes before going dark.