Why nuclear plants are shutting down 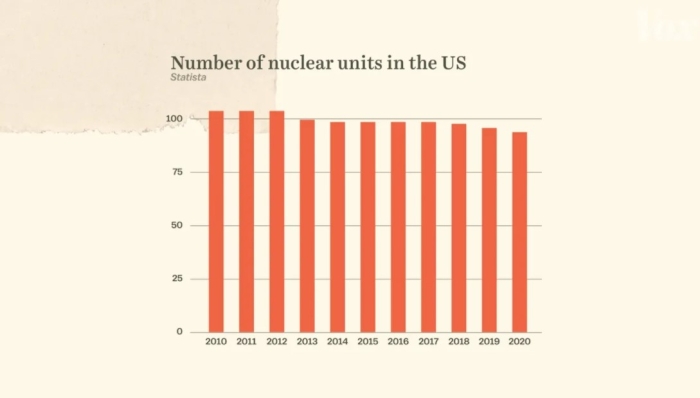 The infamous Indian Point nuclear plant, located roughly 30 miles north of Manhattan, shut down earlier this year. To many, the shutdown was a victory following decades of protests about safety and environmental concerns. Here’s the problem: When operating, Indian Point provided more electricity than is produced annually by all solar and wind in New York state.

Indian Point is not the only nuclear plant shutting down. Since 1990, the number of operating nuclear units in the United States has been declining.