Abortion Has Never Been Just About Abortion

Abortion, Racism
Save for Later
From The Left 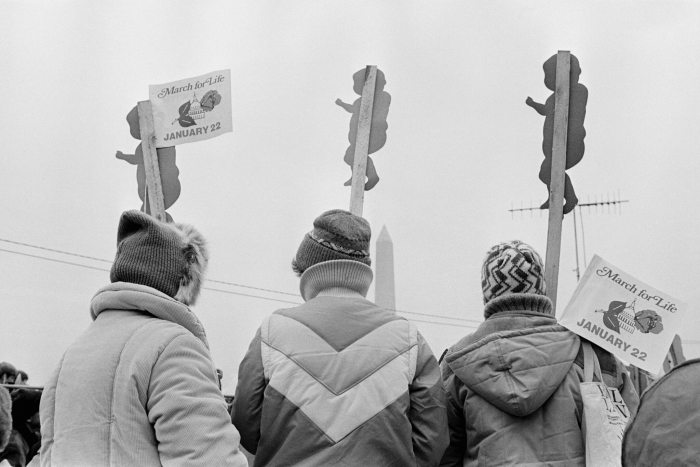 As recently as 1984, abortion was not a deeply partisan issue.

Read full story
Some content from this outlet may be limited or behind a paywall.
Abortion, Racism

PERSPECTIVES BLOG
When Abortion Is On the Ballot… Again

Florida Gov. Ron DeSantis and state Senate President Walton Simpson are backing away from a key component of the Texas abortion ban after Florida state...

The Biden administration is filing a lawsuit against Texas challenging its near-total ban on abortions, which the Supreme Court declined to block last week...

Mexico’s Supreme Court on Tuesday ruled that making abortion a crime was unconstitutional, setting a precedent for the legalization of abortion nationwide in a...

The ripple effect after Texas’ highly restrictive anti-abortion law went into effect was immediate. Within 24 hours, legislators in at least six...

After a Texas law restricting abortion went into effect on Wednesday, the state’s largest anti-abortion group publicized a website that invited...

Tripwire boss steps down over support for Texas abortion law

The president of game-studio Tripwire Interactive has stepped down after tweeting support for a controversial new abortion law in Texas. The Texas law bans...

The U.S. Justice Department on Monday said it would not tolerate attacks against people seeking or providing abortions in Texas, as the agency explores ways of...

Rideshare companies Lyft and Uber both separately announced they will cover legal fees for any drivers who are sued under Texas’ new...

A major abortion decision with no oral arguments, lower court rulings, or even a justice’s signature: That’s what happened Wednesday night. In a break with...

The Supreme Court's conservative majority tossed a legal bomb into the abortion debate late Wednesday night. By a vote of 5-to-4, the court's most...

The Biden Justice Department wants a federal judge to temporarily block Texas’ abortion law, arguing it is a “severe intrusion” on women’s...

Kamala Harris delivered remarks on personal rights on abortions during a women’s reproductive rights roundtable, but failed to link the point to the issue of...

Biden violating his campaign pledge, 'politicizing' DOJ to do his bidding, legal experts...

President Biden is facing harsh criticism from legal experts and elected officials for violating his campaign promise to keep the Department of...