Violence in America, Memorial Day, Holidays, Chicago
Save for Later
From The Center 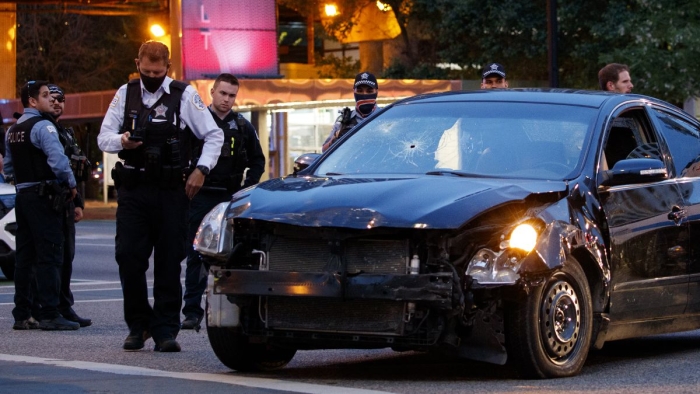 Three people were shot early Tuesday in the Back of the Yards, leaving one person in critical condition and bringing the total number of gun violence victims over Memorial Day weekend to three dead and 34 wounded, according to Tribune data.

Superintendent David Brown, during a morning news conference, said there had been four homicides during the long weekend. Police spokeswoman Kellie Bartoli said that figure included a Friday morning homicide, which the department’s news affairs division doesn’t consider part of the weekend when compiling statistics. The Tribune counts holiday weekend shooting numbers from 3 p.m. Friday through 6 a.m. the day after a Monday holiday.

Even so, Brown said, the long holiday weekend that’s generally considered the start of summer — the season when gun violence typically spikes in Chicago — saw a noteworthy decline in shootings compared with recent years.

Read full story
Some content from this outlet may be limited or behind a paywall.
Violence in America, Memorial Day, Holidays, Chicago