antisemitism, Joe Biden, Religion and Faith
Save for Later
From The Right 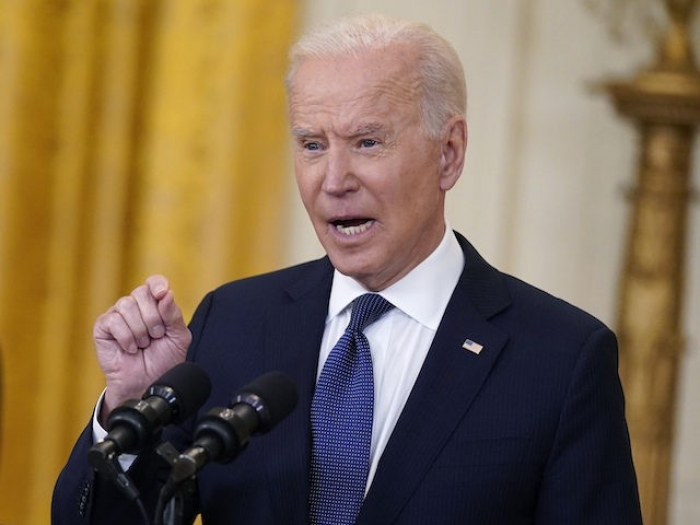 President Joe Biden condemned the rise of antisemitic attacks in the United States on Monday, three days after Jewish groups begged him to do so.

“The recent attacks on the Jewish community are despicable, and they must stop,” Biden wrote on social media. “I condemn this hateful behavior at home and abroad — it’s up to all of us to give hate no safe harbor.”

But on Friday the president ignored a group letter from The Jewish Federations of North America, the Anti-Defamation League (ADL), the American Jewish Committee, Hadassah, and the Orthodox Union.

“Use your bully pulpit to call out antisemitism,” the letter read. “Harness the authority of the Presidency and the United States Government to speak out loudly and clearly against antisemitism.”

The Anti-Defamation League reported a surge in antisemitic attacks in the United States four days ago.

The president did not address the issue during his opening remarks at a press conference with South Korean President Moon Jae-in, or during several questions on Israel and the Middle East from reporters.

On Saturday evening, a group of men in New York City reportedly harassed a group of Orthodox Jews and yelled “Free Palestine — kill all the Jews” prompting an investigation from the NYPD Hate Crime Task Force.

“The attacks we saw in Brooklyn last night were unconscionable. They were pure, unbridled anti-Semitism. And we do not need to look far too back in history to know what happens if we let that hatred go unchecked,” de Blasio said Sunday on social media.

Read full story
Some content from this outlet may be limited or behind a paywall.
antisemitism, Joe Biden, Religion and Faith