Criminal Justice, US Military, Capitol Chaos, Violence in America
Save for Later
Add to My Front Page
From The Center 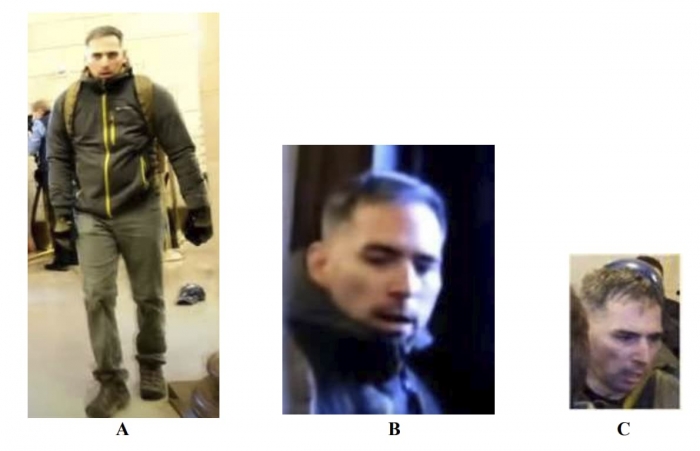 An active-duty U.S. Marine officer was arrested in Virginia on Thursday and charged with using violence against police during the Jan. 6 invasion of the U.S. Capitol by a mob of supporters of then-President Donald Trump.

Major Christopher Warnagiris, who is the first active-duty member of the U.S. armed forces to be charged in connection with the riot, is accused of pushing his way past a line of police protecting the Capitol and forcing his way through a doorway in the East Rotunda of the Capitol.

Read full story
Some content from this outlet may be limited or behind a paywall.
Criminal Justice, US Military, Capitol Chaos, Violence in America

HEADLINE ROUNDUP
Pelosi to Announce If She Will Create Committee to Probe Jan. 6 Capitol Breach

Go ad-free! Support AllSides.
About these ads
More news about US Military
https://www.cnbc.com/2021/05/13/capitol-riot-us-marine-major-warnagiris-arrested-for-role-in-trump-mob.html

The Supreme Court on Monday declined to hear a constitutional challenge to the male-only registration requirement for the draft filed by a...

House votes to repeal 2002 authorization of military force in Iraq

The House voted 268-161 on Thursday to repeal the 2002 Authorization for the Use of Military Force (AUMF) in Iraq, almost two decades after the resolution was...