Schumer says Senate will move ahead on marijuana legalization

Marijuana Legalization, US Senate, Democratic Party, Chuck Schumer, Public Health
Save for Later
From The Center 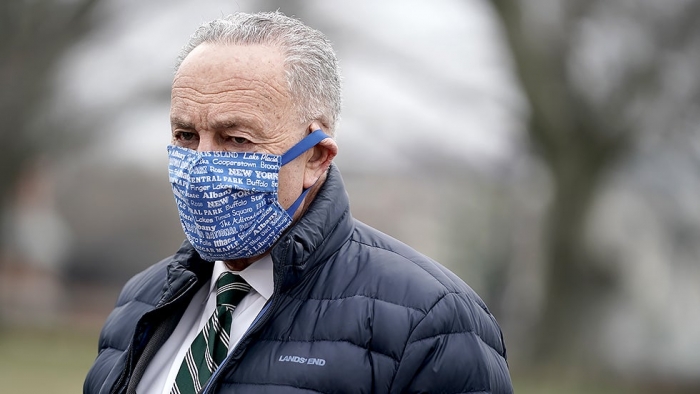 Senate Majority Leader Charles Schumer (D-N.Y.) has vowed to move forward with legislation to federally legalize marijuana, even if President Biden resists such a move.

In an interview with Politico published Saturday, Schumer said he “will have an ongoing conversation” with Biden on the legalization of cannabis to “tell him how my views have evolved” on the issue.

However, Schumer said that if Biden, who has vocalized opposition to the full legalization of cannabis, does not eventually come around to the legislation, the Senate will still “move forward.”

What is Fentanyl and Why is it Behind the Deadly Surge in US Drug Overdoses? A Medical Toxicologist Explains
The Conversation

Data
Do Americans Care About The Latest COVID-19 Wave In The Northeast?
FiveThirtyEight

Opinion
The CDC Should Admit Its Errors To Regain Trust
Reason

Analysis
What We Know About Omicron’s BA.2 Variant So Far
Scientific American