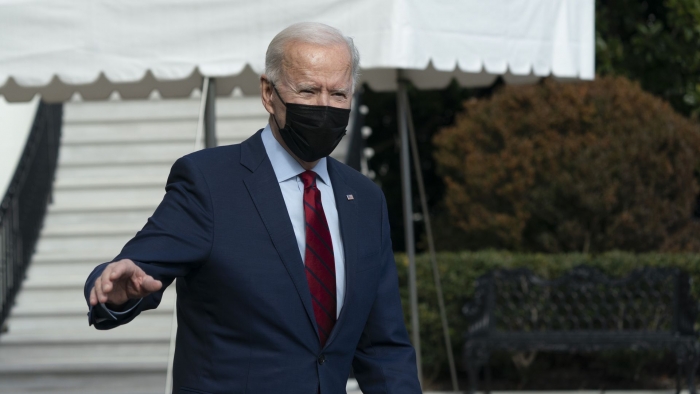 President Biden told congressional leadership in a letter Saturday that this week's airstrike against facilities in Syria linked to Iranian-backed militia groups was consistent with the U.S. right to self-defense.

Why it matters: Some Democrats, including Sens. Tim Kaine (D-Va.) and Chris Murphy (D-Conn.) and Rep. Ro Khanna (D-Calif.), have criticized the Biden administration for the strike and demanded a briefing.