US Military, Foreign affairs, Iran, World
Save for Later
Add to My Front Page
From The Left 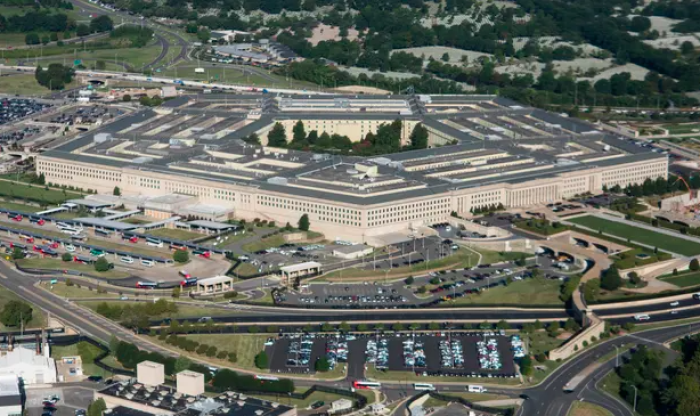 The United States has reportedly carried out an airstrike in Syria against a structure belonging to what it said were Iran-backed militia, according to multiple news outlets that cited Pentagon officials.

The strike on Thursday comes after a series of recent rocket attacks against US targets in Iraq.

The strike was approved by Joe Biden, and carried out in order to damage the group’s ability to wage future attacks, according to officials who spoke anonymously with Reuters and Politico.

NEWS
‘Bring the Troops Home’ Is a Dream, Not a Strategy
John Bolton

Go ad-free! Support AllSides.
About these ads
More news about US Military
https://www.theguardian.com/world/2021/feb/25/us-airstrike-syria-iran-militia

The US will continue to support Afghanistan after withdrawing all US troops, but not "militarily," President Joe Biden has pledged. "It is time to end...

Biden set to withdraw U.S. troops from Afghanistan by Sept. 11

President Joe Biden plans to withdraw the remaining 2,500 U.S. troops from Afghanistan by Sept. 11, 2021, 20 years to the day after the al Qaeda attacks that...

Biden to Withdraw All Troops from Afghanistan by September 11

President Biden has decided to withdraw all American soldiers from Afghanistan by September 11, multiple outlets reported on Tuesday. Biden will keep around...

Nearly 40% Of Marines Opted Out Of The COVID-19 Vaccine

Almost 40% of eligible U.S. Marines have declined COVID-19 vaccinations, according to data the service provided to CNN on Friday. About 75,000 marines...