Russia, Alexei Navalny, Vladimir Putin
Save for Later
Add to My Front Page
From The Center 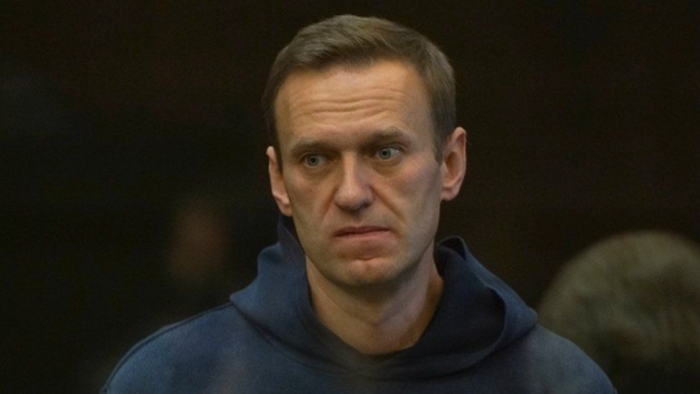 A Moscow court has jailed Putin critic Alexei Navalny for three-and-a-half years for violating the conditions of a suspended sentence.

He has been in detention since returning to Russia last month. He had been treated in Germany for a near-fatal nerve agent attack against him in August.

Thousands of supporters have rallied across Russia in support of Mr Navalny.

His suspended sentence for embezzlement has been converted into a jail term.

He has already served a year under house arrest which will be deducted from the total.

Russian President Vladimir Putin signed into law on Monday a change to the country's constitution that will allow him to run for two more six-year terms,...

A Russian exile was strangled in his own home by a third party, a coroner has ruled. Businessman Nikolai Glushkov, who was critical of Russian President...

Russia is massing an unusual number of troops on the border with Ukraine, posing an early test for the Biden administration as it looks to repair relations...

President Joe Biden on Friday said that Vladimir Putin of Russia and Xi Jinping of China are invited to the global leaders’ climate summit the administration...

The leaders of Russia and Iran last year ordered their governments to attempt to influence U.S. voters’ choices in the presidential election and undermine the...

The United States will send warships to the Black Sea on Ukraine's East coast to counter the Russian military's increased presence in the next few weeks. White...

Hunter Biden declined to challenge the authenticity of the laptop that prompted news reports and a subsequent blackout by big tech companies on Biden’s...

Russian Foreign Minister Sergey Lavrov called his lieutenant in the United States back from Washington to discuss a potential “irreversible deterioration in...