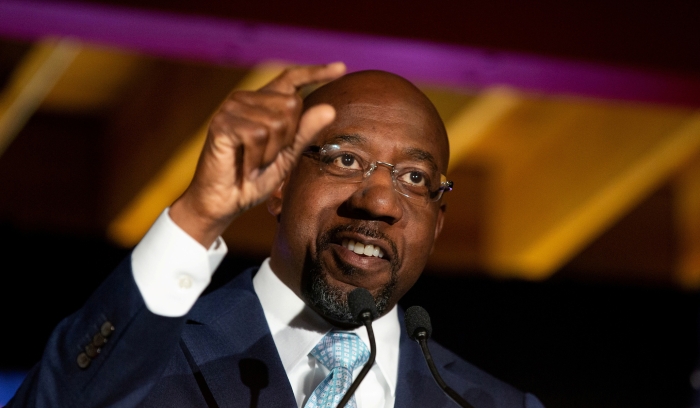 Senator Dianne Feinstein infamously sneered that “the dogma lives loudly in” Amy Coney Barrett during the hearings on the latter’s confirmation to an appeals court, and added, “and that’s of concern.” A lot of people, not just on the right and not just Barrett’s fellow Catholics, objected. But while there was a widespread sense that Feinstein had acted badly, not everyone was precise in articulating what she had done wrong.

NEWS
Biden is only the second Catholic president, but nearly all have been Christians
Pew Research Center

Hours before President Biden took the oath of office, he entered the front pew of the Cathedral of St. Matthew the Apostle, the seat of Catholic Washington,...

“God Have Mercy on and Help Us All”
ANALYSIS

In the crowd of insurrectionists who seized the U.S. Capitol on Wednesday, Christian imagery was rife. Alongside Confederate flags and white supremacist...

If the Nashville bomber were Muslim, he would be called a 'terrorist'
OPINION

Imagine if a Muslim man filled his RV with explosives and drove to downtown Nashville, Tennessee, with the express purpose of setting off a weapon of mass...

A Choir Tries to Keep Its Christmas Tradition Alive

CAMBRIDGE, England — On a recent evening, the 16 boys and 14 men of the Choir of King’s College, Cambridge, stood in the gothic chapel where they perform,...

Biden Is Catholic. He Also Supports Abortion Rights. Here's What That Could Mean
ANALYSIS

Joe Biden is only the second Catholic president of the United States. He's also a supporter of abortion rights — a position at odds with official teachings of...

Biden is only the second Catholic president, but nearly all have been Christians

Much has been written about President Joe Biden’s Catholic faith. He often speaks of his religious convictions and quotes the Bible, and he attends Mass...

Faith on the Hill

When it comes to religious affiliation, the 117th U.S. Congress looks similar to the previous Congress but quite different from Americans overall. While...

Defenders of religious liberty point to government-ordered lockdowns in an ongoing pandemic as a clear example of a threat against religious freedom. Other...

“There is a group of conspirators who have worked and still work in the heart of the Church” for the interests of the globalist elite, Archbishop Carlo Maria...

Conservatives mocked a Democratic representative’s decision to conclude a Sunday prayer opening the 117th Congress with the words “amen and awoman.” “We ask...