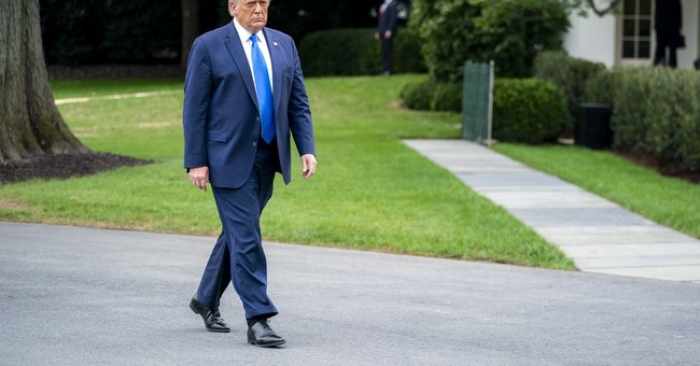 "A pioneer devoted to equality."

That was The Washington Post's headline about Ruth Bader Ginsburg.

When the founder of ISIS was killed, the headline was: "Austere religious scholar at helm of Islamic State, dies."

But when President Donald Trump's brother died, the headline was, "younger brother of President Trump who filed lawsuit against niece, dies."

The New York Post’s front-page article about Hunter Biden on Wednesday was written mostly by a staff reporter who refused to put his name on it, two Post...

The Media’s Obsession With the Mythical Republican Swing Voter
OPINION

In September, as the presidential campaign entered its final weeks, a woman named Danielle Pletka published an op-ed in The Washington Post entitled “I never...

Why Social Media Is So Good at Polarizing Us
ANALYSIS

Americans are more polarized than ever—at least by some measures. A growing body of research suggests that social media is accelerating the trend, and many...

The spread of misinformation makes the search for trustworthy news that much harder. But as Tina Trinh reports, tech companies are identifying media bias and...

Charges of media bias – that “the media” are trying to brainwash Americans by feeding the public only one side of every issue – have become as common as the...

What should we take away from the dueling Trump/Biden town halls?

Joe Biden’s campaign announced another “lid” on Monday morning, announcing their candidate would avoid all contact with reporters for four entire days leading...

If Joe Biden lies and the media ignore it, does he make a sound?
OPINION

Shawn Steffee was at a political function in Indiana County, Pennsylvania, last Thursday evening when he started receiving an overwhelming number of calls and...

Much of the push to ignore The Post’s drop of Hunter Biden’s e-mails centers on the charge that it’s all “unverified.” The claim is more excuse than truth....

A Twitter official announced Thursday night that Twitter will be making changes following the firestorm of backlash after it censored two bombshell New York...