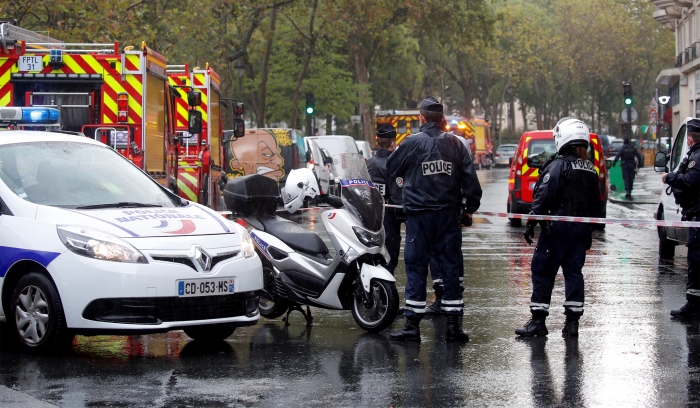 Two people were stabbed on Friday in a knife attack outside the former offices of satirical magazine Charlie Hebdo in Paris, multiple outlets reported.

Police arrested a suspect shortly afterwards, but did not say whether it was a terrorist attack. The stabbing comes five years after two terrorists entered the magazine’s offices armed with various weapons and opened fire on magazine staff, killing twelve and injuring eleven. The terrorists targeted Charlie Hebdo because it had published material mocking Islam and the prophet Muhammad.

France Knows How This Ends
ANALYSIS

This was the Dreyfus affair, the signature scandal of fin de siècle France, aspects of which Americans might recognize as we arrive at the end of Donald Trump’...