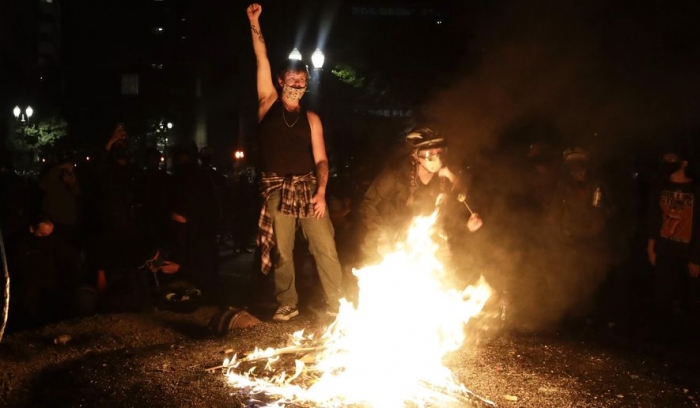 FBI Director Christopher Wray said Thursday that “Antifa is a real thing,” pushing back against Democrats who have questioned the threat of left-wing violence.

“Antifa is a real thing, it’s not a fiction. But it’s not an organization or a structure, we understand it to be more of a kind of a movement, or maybe you could call it an ideology,” Mr. Wray told Congress.

He said the FBI has opened a number of investigations into people who “self-identify as Antifa” this year.

And he said that while they don’t...

Iran is behind threatening, spoofed emails sent to voters, the officials said, but there was no indication that any votes themselves had been altered. Iran...

The FBI announced Thursday that investigators had thwarted a plot by a right-wing militant group to kidnap Michigan Gov. Gretchen Whitmer at her vacation home...

Iranian influence specialists are behind threatening emails sent to voters in Alaska and Florida, U.S. officials said on Wednesday evening and suggested that...

On Tuesday, Fox News reported that “The FBI is in possession of the laptop purportedly belonging to Hunter Biden which contained emails revealing his foreign...

Wait until Scranton hears about this. One of Joe Biden’s ways of contrasting himself with President Trump has been to declare the election a battle of Park...

The Iranian regime is behind spoof emails sent to Americans, “designed to intimidate voters, incite social unrest, and damage President Trump,” Director of...

Well, I’m sure you all know the October surprise by now. Hunter Biden is back. We have emails. And it looks like former Vice President Joe Biden has been...