Capital Punishment And Death Penalty, Criminal Justice, Justice, Supreme Court
Save for Later
From The Left 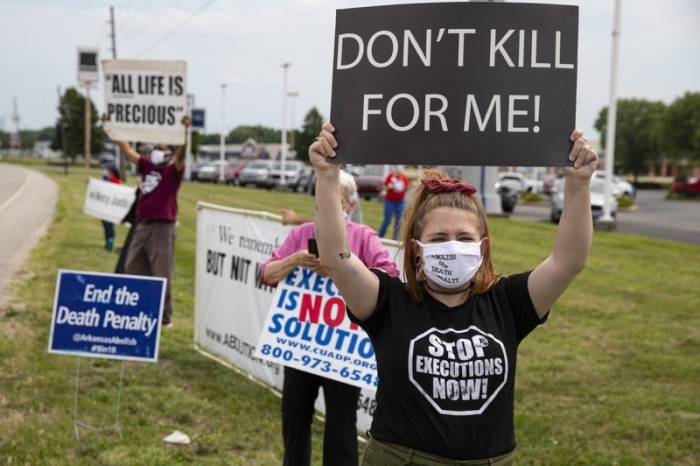 TERRE HAUTE, Ind. (AP) — A judge on Wednesday halted the execution of a man, said to be suffering from dementia, who was set to die by lethal injection in the federal government’s second execution this week after a 17-year hiatus.

Wesley Ira Purkey, convicted of a gruesome 1998 kidnapping and killing, was scheduled for execution Wednesday night at the U.S. Penitentiary in Terre Haute, Indiana, where Daniel Lewis Lee was put to death Tuesday after his eleventh-hour legal bids failed.

AllSides Media Bias Rating: Lean Left
You agree.
Thank you! Community votes alone don't determine our ratings, but are valuable feedback and can prompt us to do more research.
106710/84317