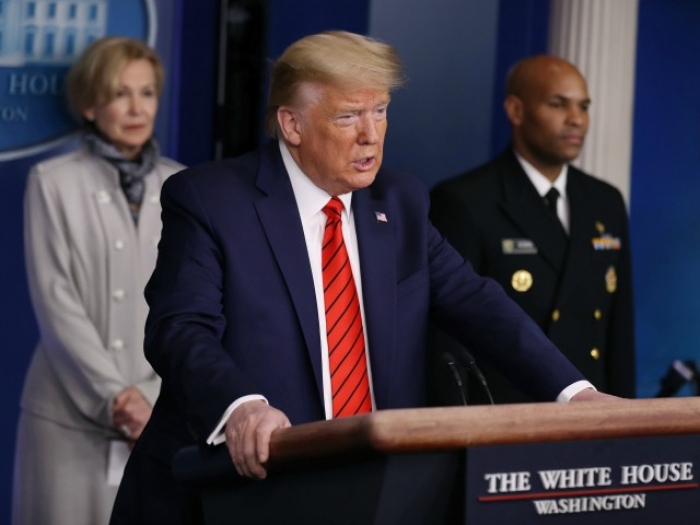 President Donald Trump criticized American media for siding with China on Thursday at the White House.

Trump denied media reports of “chaos” in the White House.

“I have no chaos. I am the one telling people to be calm,” Trump said. “We have unbelievable professionals.”

The president cited recent “fake phony” stories from the Wall Street Journal and the Washington Post critical of the White House’s handling of fighting the...

Read full story
Some content from this outlet may be limited or behind a paywall.
Media Industry, Donald Trump, Coronavirus, China, Media Bias