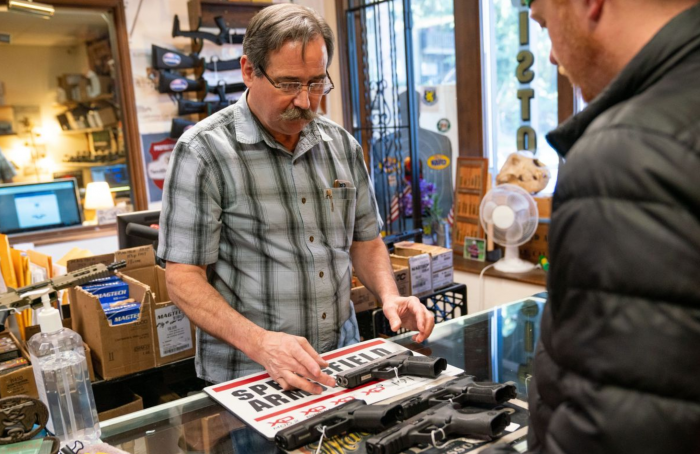 Tacoma, Wash., could soon become one of a handful of U.S. cities to levy high taxes on gun sales, opening a new front in the battle over how much power local governments have to regulate firearms.

Washington and 44 other states ban cities and towns from making their own gun laws. But the proposed tax in Tacoma, which would collect $25 per gun sale to fund violence prevention programs, is modeled on a law in neighboring Seattle that has already passed muster with the state supreme court.

Read full story
Some content from this outlet may be limited or behind a paywall.
Taxes, State Law, Guns, Gun Tax, Gun Control And Gun Rights