Brexit: Theresa May 'hopes' UK will leave EU with a deal 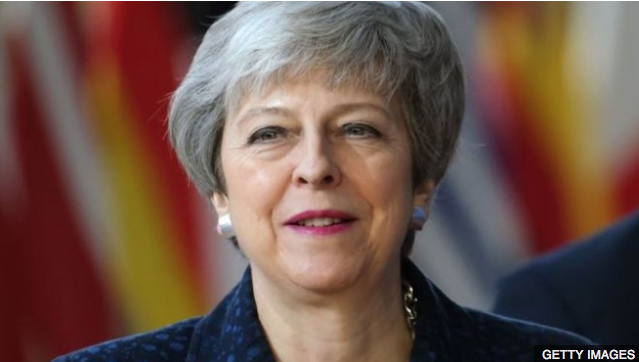 Theresa May has said she "sincerely hopes" the UK will leave the EU with a deal and she is still "working on" ensuring Parliament's agreement.

Arriving in Brussels, she said that she had "personal regret" over her request to delay Brexit, but said it will allow time for MPs to make a "final choice".

At the EU summit she will try to persuade the other 27 countries to delay the UK's exit beyond 29 March.

On Wednesday, Mrs May...

Despite a pledge to comply, Prince Andrew has provided "zero" cooperation with the Jeffrey Epstein inquiry, New York prosecutors said. "The Southern...

Prince Andrew, Disgraced by His Friendship With Jeffrey Epstein, is Left Out in The Christmas Cold

Prince Andrew was shunned by the royal family today. The disgraced royal was stripped of most of his royal duties following a disastrous BBC interview in which...

Boris Johnson and the Coming Trump Victory in 2020
OPINION

Donald Trump, in his telling, could have shot somebody on Fifth Avenue and won. Boris Johnson could mislead the queen. He could break his promise to get...

Boris Johnson Wins, and Britain Chooses the Devil It Knows

The Conservatives’ capture of the north points to a realignment in British politics. Will it last? BRITAIN’S ELECTION on December 12th was the most...

Special Report: Johnson listened to his scientists about coronavirus - but they were slow to sound...

It was early spring when British scientists laid out the bald truth to their government. It was “highly likely,” they said, that there was now “sustained...

Prime Minister Boris Johnson has been moved to intensive care in hospital after his coronavirus symptoms "worsened", Downing Street has said. A spokesman...

“Brexit cleared its last formal hurdle in Brussels on Thursday… The 27 EU member states that Britain will leave behind at midnight in Brussels on Friday...

US-UK relations: Is London toughening its stance with Washington?

For years, much tosh has been spoken about the so-called special relationship between the United Kingdom and the United States. The two countries are allies...

The Queen 'is disappointed' at Harry and Meghan's decision to quit: Palace says...

It came after Harry and Meghan wrote on social media: 'After many months of reflection and internal discussions, we have chosen to make a transition this year...

It’s high spirits this holiday season for most proponents of the “new nationalism.” Boris Johnson’s savage performance against his socialist opponent,...

Will the Secessionist Epidemic Ever End?
OPINION

Fresh from his triumphal "Get Brexit Done!" campaign, Prime Minister Boris Johnson anticipates a swift secession from the European Union. But if Britain...

Although Boris Johnson may have defused a ten-megaton bomb of neo-Marxism in Britain and assured the final passage of Brexit, his Conservative victory is...