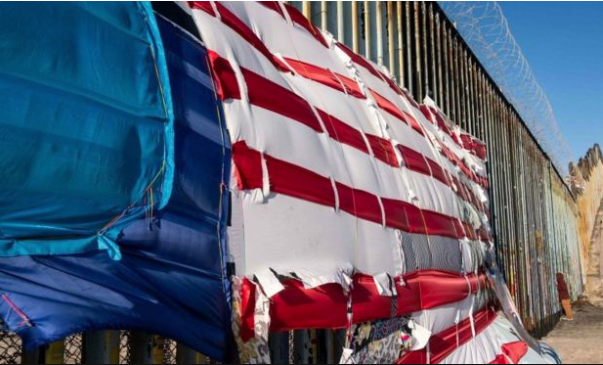 President Donald Trump's declaration of an emergency on the US-Mexico border looks likely to be dealt a blow by dissident Republican senators.

Several members of the president's own party are expected to rebel when the Senate votes on Thursday on a proposal to revoke his declaration.

The Democratic-controlled House of Representatives last month backed the measure.

Mr Trump warned he was ready to veto the resolution.

"They refuse to see or acknowledge the death, crime, drugs and human trafficking at our southern...

WASHINGTON — Federal agents seized a cellphone belonging to a prominent Republican senator on Wednesday night as part of the Justice Department’s...

Top federal health officials are being pressed during a highly anticipated Senate hearing Tuesday on whether the country is ready to reopen, with Anthony S....

Trump asserts his power over Republicans

President Trump is strengthening his grip on the Republican Party as they head into the heat of an election season that Democrats want to make a referendum on...

House Democrats looking to deliver another round of $1,200 relief checks to Americans are encountering skepticism from an unexpected source — fellow Democrats...

Senators Clash Over How Soon To Reopen The Economy

Members of the Senate Banking Committee squabbled Tuesday over how quickly the U.S. economy can rebound from the coronavirus shutdown and whether the federal...

Mitch McConnell says he was wrong to claim Obama didn't leave Trump a pandemic plan after...

Senate Majority Leader Mitch McConnell (R-Ky.) announced Thursday that Sen. Richard Burr (R-N.C.) is stepping down from his position as chairman of the Senate...

Fauci, other top health officials testify before Senate on reopening country amid coronavirus

Dr. Anthony Fauci, the face of the White House coronavirus task force, testified Tuesday before the Senate Health Committee on efforts to combat the...

Biden’s Lawyer Responds To Secretary Of Senate Who Said She Can’t Comply With Biden’s Request To...

2020 presidential candidate Joe Biden’s lawyer responded Monday to the secretary of the Senate who said that her office cannot comply with Biden’s request to...