Free Speech, Ferguson
Save for Later
From The Right 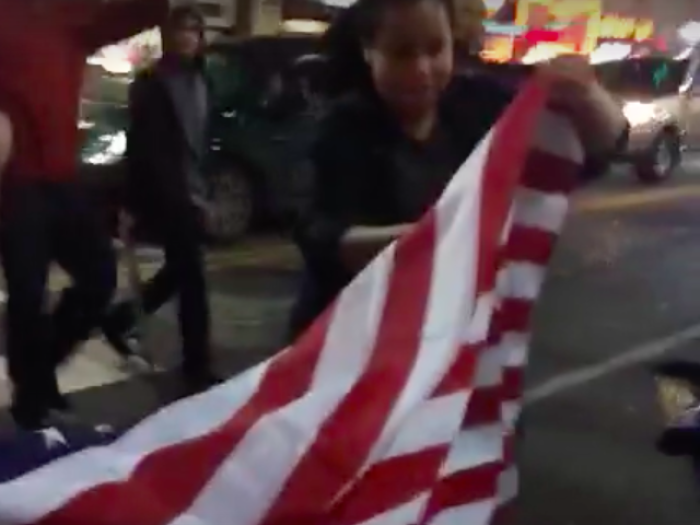 Demonstrators who joined the “after-party” of the “Millions March” in Los Angeles on Saturday burned a flag in the heart of Hollywood on Saturday evening as a protest against the death of black suspects at the hands of police. The ‘Black Lives Matter’ demonstrators also blocked traffic at the intersection of Hollywood Boulevard and Highland Avenue, according to social media tracked by Twitchy, where police officers had shot and killed a man earlier in the month who was allegedly armed.

Read full story
Some content from this outlet may be limited or behind a paywall.
Free Speech, Ferguson

How Is China's Government Responding to Anti-Lockdown Protests?
PERSPECTIVES BLOG