Billionaires, GOP, Republicans, Immigration
Save for Later
From The Left 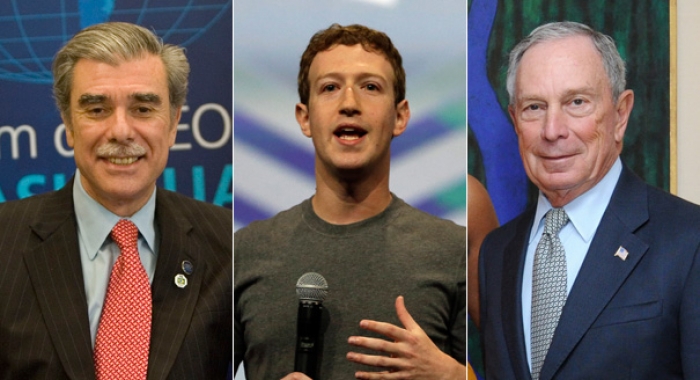 Facebook founder Mark Zuckerberg, billionaire Michael Bloomberg and Citigroup exec Carlos Gutierrez gave immigration reform firepower last year, when they lent their money or names to the cause.
But roughly two months before Election Day, the three groups the business titans helped launch are all but silent on the campaign trail. None of the three have purchased airtime for ads on immigration reform this fall.