On Tuesday, Ukraine reported that their forces retook Makariv, a town near Kyiv, as the battle continues for control over the capital city.

Ukraine's control over the town effectively blocks Russia from entering Kyiv from the northwest. The capital remains a primary objective for Russian President Vladimir Putin, but despite the pounding of the city with artillery and air strikes, Russian forces have been unable to advance into Kyiv by ground.  Meanwhile, residents are sheltering at home or underground as part of the 35-hour curfew that extends until Wednesday morning, while Russian forces press their attack on the southern port of Mariupol. 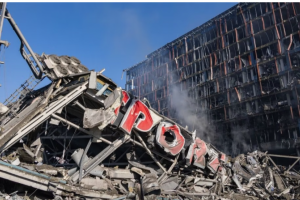 Ukrainian military forces report they have taken back a key suburban area of Kyiv on Tuesday as the battle continues with Russian forces over the capital city.

The conflict continued overnight as residents were told to shelter underground or at home as part of a 35-hour curfew that extends until Wednesday morning, according to the Associated Press.

“The former boxing champion said in a statement on Telegram that the curfew...

Read full story
Some content from this outlet may be limited or behind a paywall.
See full media bias rating for The Daily Wire
From the Center
314
World
Ukraine retakes key Kyiv suburb; battle for Mariupol rages
Associated Press 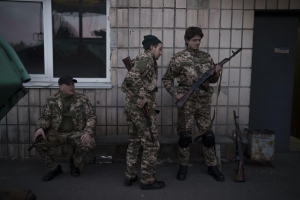 Ukraine said it retook a strategically important suburb of Kyiv on Tuesday, as Russian forces squeezed other areas near the capital and pressed their attack on the embattled southern port of Mariupol.

Explosions and bursts of gunfire shook Kyiv, and black smoke rose from a spot in the north. Intensified artillery fire could be heard from the northwest, where Russia has sought to encircle and capture several suburban areas of the capital, a crucial target.

Residents sheltered at home or underground under a 35-hour curfew imposed by city authorities that runs to... 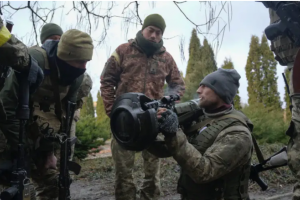 Ukraine's army said it had retaken control of a town near Kyiv after Russia's invasion.

The Armed Forces of Ukraine said on Facebook on Tuesday that Makariv, west of Kyiv, was back under Ukrainian control, writing that the "state flag of Ukraine was raised over the city of Makariv."

This means that Ukraine can stop Russia surrounding the city from the northwest, The Associated Press reported.

The city was hit by multiple attacks, including a hit on an industrial bakery that killed at least 13 people and attacks on apartment buildings and schools.

Read full story
Some content from this outlet may be limited or behind a paywall.
See full media bias rating for Insider
More Stories »
World, Ukraine, Ukraine War, Kyiv
Go ad-free! Support AllSides.
About these ads