On Monday, Ukrainian officials unapologetically rejected a Russian demand that their forces surrender in the besieged port city of Mariupol, in exchange for safe passage out.

The refusal came even before Russia's deadline of 5:00am Moscow time for a response. An adviser to the mayor of Mariupol had already stated that Russia’s promises regarding humanitarian corridors could not be trusted, and promised that Ukraine would defend the city against Russian invaders. The city has been surrounded by Russian troops over the past few weeks, and many of its 400,000 residents are reportedly trapped with little to no food, water, or power.  Russia is determined to seize Mariupol as its first strategic victory in a war that appears to be approaching a stalemate in other parts of the country. 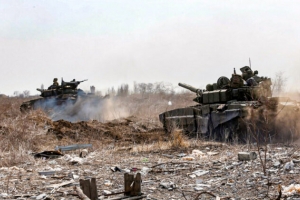 Ukrainian officials said that the country has rejected Russia’s demand to surrender the eastern port city of Mariupol by 5 a.m. Moscow time on March 21 in exchange for safe passage of residents out of the city.

“There can be no question of any surrender, laying down of arms,” the Ukrainska Pravda news portal cited Ukraine’s Deputy Prime Minister Iryna Vereshchuk as saying. “We have already informed the Russian side about this.”

“I wrote: ‘Instead of wasting time on eight pages of letters, just open the corridor.'”

Earlier on Sunday, Pyotr Andryushenko, who...

Read full story
Some content from this outlet may be limited or behind a paywall.
See full media bias rating for The Epoch Times
From the Center
314
World
Ukraine rejects Russian demand for surrender in Mariupol
Associated Press 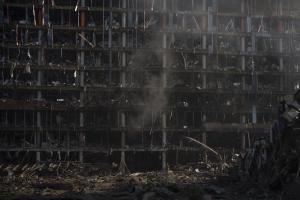 Ukrainian officials defiantly rejected a Russian demand that their forces in Mariupol lay down arms and raise white flags Monday in exchange for safe passage out of the besieged strategic port city.

Even as Russia intensified its attempt to pummel Mariupol into surrender, its offensive in other parts of Ukraine has floundered. Western governments and analysts say the broader conflict is grinding into a war of attrition, with Russia continuing to bombard cities.

In the capital, Kyiv, a shopping center in the densely populated Podil district near the city center was... 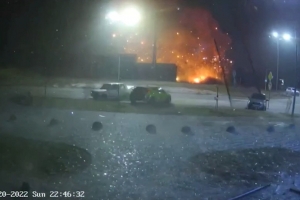 The fate of Ukrainian port city Mariupol remained uncertain Monday, after it rejected Moscow’s ultimatum to surrender after weeks of Russian bombardments and days of street-by-street guerrilla warfare. Russia is bent on seizing Mariupol — which would be its first strategic victory in a war that appears to be approaching a stalemate in many other parts of the country — and has threatened the city with more assaults and a “military tribunal."

Even so, Britain’s Defense Ministry said Monday that “Kyiv remains Russia’s primary military objective” and that Moscow is likely to try to...