The Supreme Court on Monday ruled that police officers in two cases were entitled to qualified immunity, a key issue for police reform advocates. No dissent was filed in either case. In both cases, the Court argued that lower courts had improperly applied past cases as precedent for defining the officers’ actions as having violated "clearly established statutory or constitutional rights of which a reasonable person would have known.” The first case involved an officer kneeling on the plaintiff’s back for eight seconds; the other involved multiple officers lethally shooting a man after he grabbed a hammer and raised it at them.

Coverage was somewhat more common in left- and center-rated outlets than right-rated outlets on Monday. Coverage was mostly balanced across the spectrum, with some outlets focusing only on the case itself and others including the political context surrounding qualified immunity. 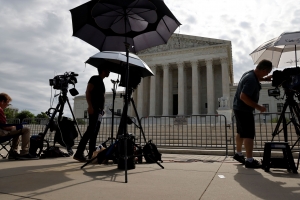 The Supreme Court in two cases Monday ruled police officers were entitled to protection from being sued over their use of force against suspects.

The unsigned opinions, posted in the court’s periodic list of orders, both overturned lower appellate decisions.

One case involved an officer accused of excessive force when he put his knee on a man’s back during an arrest, while trying to remove a knife from the man’s pocket. In the other case, two officers were sued by the estate of a man whom they shot and killed after...

Read full story
Some content from this outlet may be limited or behind a paywall.
See full media bias rating for CNBC
From the Left
319
Supreme Court
Supreme Court sides with police officers in two qualified immunity cases
CNN (Online News) 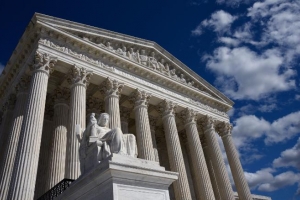 In both cases, the justices overturned lower court decisions that went against the officers.

The rulings -- and the fact that no justice publicly dissented -- suggests that the court is not willing, at least for now, to radically transform how it considers qualified immunity cases.

Qualified immunity is a legal doctrine, developed by the courts, that shields law enforcement from liability for constitutional violations including allegations of excessive force.... 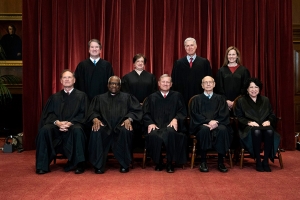 The Supreme Court Monday issued two unsigned opinions applying qualified immunity to disputes over alleged excessive use of force by police officers, reversing lower court decisions that allowed the officers to be sued for their on-the-job conduct.

There were no recorded dissents in the two cases, both of which involved police officers responding to domestic disputes where women or children were allegedly being threatened by adult men.

The decisions come amid a simmering debate about the doctrine of qualified immunity, which prevents government officials from being sued for violating citizens' rights while reasonably doing their jobs...