In a letter addressed to her Democratic colleagues, Pelosi blasted the "extremist Supreme Court" and accused the court of attempting to "punish and control the American people." Two other bills House Democrats will advance include protecting personal data stored on reproductive health apps and reiterating the constitutional right that women can "freely and voluntarily" travel out of state for an abortion. While Democrats have successfully passed legislation to codify Roe in the House, they have failed to overcome a filibuster in the Senate. Not all Democrats, however, are on board with Pelosi's idea to codify Roe. Vice President Kamala Harris told CNN’s Dana Bash on Monday that she "wouldn’t go there" because Democrats do not have the votes.

Coverage across the spectrum similarly noted Pelosi's proposal to codify Roe has "virtually no chance" of becoming law in "today’s 50-50 Senate." 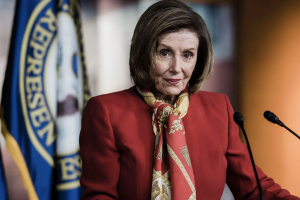 House Speaker Nancy Pelosi on Monday outlined House Democrats' legislative response to Roe v. Wade being overturned, saying her party is looking at codifying a federal right to an abortion.

Pelosi outlined three areas that House Democrats are examining just days after the Supreme Court gutted federal abortion rights, overturning nearly over a half-century of precedent. These are: protecting sensitive data on reproductive health apps, making it clear that states cannot stop people from traveling to seek an abortion, and once again trying to pass a federal law guaranteeing a...

Read full story
Some content from this outlet may be limited or behind a paywall.
See full media bias rating for Insider
From the Center
280
Abortion
Pelosi says Democrats are mulling plans to protect abortion access, info stored in reproductive health apps
CNBC 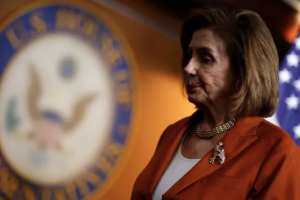 House Speaker Nancy Pelosi on Monday said the chamber’s Democrats are exploring legislation to protect personal data stored on reproductive health apps, ensure the right to free travel between states and codify the right to an abortion after the Supreme Court overturned the landmark Roe v. Wade case.

The ideas, posed by Pelosi to fellow House Democrats in a letter dated Monday, follows the court’s Friday decision to upend nearly 50 years of abortion rights in the U.S. The decision has sparked nationwide outrage from supporters of abortion access in the days since....

Read full story
Some content from this outlet may be limited or behind a paywall.
See full media bias rating for CNBC
From the Right
280
Abortion
Pelosi tells House Democrats abortion legislation is forthcoming to codify Roe
Washington Examiner 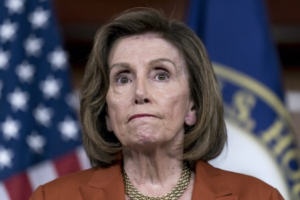 House Speaker Nancy Pelosi said Monday that the House would take up legislation to "further codify freedoms which Americans currently enjoy” after the Supreme Court struck down its previous ruling in Roe v. Wade in its decision in Dobbs v. Jackson Women’s Health Organization.

Pelosi condemned that decision in a blistering statement Friday. On Monday, she said the House would take up legislation to codify other matters decided by the high court and would again consider the Women’s Health Protection Act, a sweeping abortion rights bill that passed the House and failed in the Senate.