Trump’s lawsuit alleged that Clinton and her allies “orchestrated a malicious conspiracy” to “weave a false narrative” of collusion between the Trump campaign and Russia.

In his decision, Middlebrooks — who was appointed by former President Bill Clinton — said Trump was “not attempting to seek redress for any legal harm,” but instead was “seeking to flaunt a two-hundred-page political manifesto outlining his grievances against those that have opposed him.” The judge appeared to sharply criticize Trump’s arguments, writing, “It is not simply that I find the Amended Complaint ‘inadequate in any respect’; it is inadequate in nearly every respect.” Not only had Trump’s lawsuit exceeded the statute of limitations, Middlebrooks wrote, the statements addressed by Trump’s complaint were “plainly protected by the First Amendment.” Newsweek (Center bias) noted that Middlebrooks appeared to threaten Trump’s lawyers with legal sanctions for potentially presenting a case without supporting evidence. 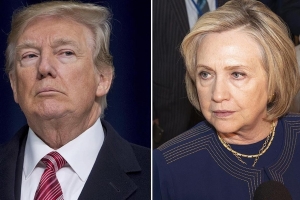 A federal judge dismissed former President Trump’s lawsuit against Hillary Clinton, the Democratic National Committee and a number of other high-profile figures involved in creating the narrative that he and his 2016 presidential campaign were colluding with Russia.

Trump filed the lawsuit in March in the Southern District of Florida, alleging that Clinton and her "cohorts orchestrated an unthinkable plot" and "maliciously conspired to weave a false narrative" that Trump was colluding with Russia.

This week, U.S. District Judge Donald Middlebrooks threw out the lawsuit, saying that "most of" Trump’s claims were "unsupported... 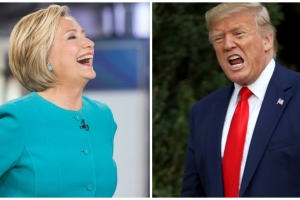 A federal judge in Florida has tossed a racketeering lawsuit that Donald Trump filed against Hillary Clinton and a slew of other defendants—dismantling his claims one by one in an absolutely withering critique.

“It is not simply that I find the Amended Complaint ‘inadequate in any respect,’” Judge Donald Middlebrooks writes at one point. “It is inadequate in nearly every respect.”

Trump filed the suit in March alleging that Clinton and the others “orchestrated a malicious conspiracy to disseminate patently false and injurious information” about his campaign’s possible collusion with...

Judge tosses Trump lawsuit against Hillary Clinton, dismisses it as ‘manifesto’
The Hill

“Plaintiff is not attempting to seek redress for any legal harm,” Judge Donald Middlebrooks, who was appointed by Clinton’s husband, former President Bill Clinton, wrote.

He continued: “Instead, he is seeking to flaunt a two-hundred-page political manifesto outlining his grievances against those that have opposed him, and this Court is not the appropriate forum.”

Trump’s lawsuit took issue with Hillary Clinton as well as the Democratic National Committee, various former FBI officials and others,...