President Joe Biden's handling of classified documents has Senate Democrats voicing concerns, even as some try to distinguish between Biden's actions and former President Donald Trump's handling of similar materials.

Key Quotes: "Let’s be honest about it. When that information is found, it diminishes the stature of any person who is in possession of it, because it’s not supposed to happen. Whether it was the fault of a staffer or attorney, it makes no difference. The elected official bears ultimate responsibility," said Senator Dick Durbin (D-Ill.). "I think he should have a lot of regrets," said Joe Manchin (D-W.Va.) about Biden. "Any time there are classified documents outside of a secure space, I am profoundly troubled, whether that space is owned by a Republican president or a Democratic president," said Rep. Jim Himes (D-Conn.).

For Context: On Jan. 12, Attorney General Merrick Garland appointed a special counsel to investigate after several instances of classified documents being discovered at Biden's home and office. Garland had previously appointed a special counsel to investigate Trump's taking of classified documents, and federal agents raided his Mar-a-Lago residence last August in search of them. Trump was found to be in possession of hundreds of documents with classified markings. Investigators have found roughly a dozen similar documents in Biden's possession.

How the Media Covered It: Democrats' concerns over Biden's handling of the classified documents were covered across the political spectrum, with all sides acknowledging the political headaches for the Democrats. 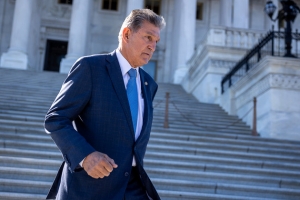 Senate Democrats are wincing at President Joe Biden’s handling of classified documents, even as they seek to draw a distinction between the incumbent president and former President Donald Trump.

In interviews on Monday evening, Democratic senators raised concerns at the latest document discovery, with Sen. Joe Manchin of West Virginia offering the harshest review for the White House: “It couldn’t get any worse.” 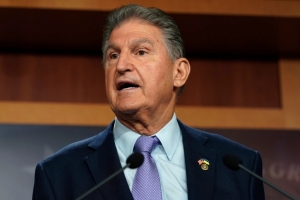 Democrats are expressing alarm over President Biden’s classified documents controversy, with some criticizing the president as diminished in stature and his staff as irresponsible.

“We have to get to the bottom of it to find out what the hell happened, why it happened,” he said.

President Joe Biden's support among Democrats is eroding after the Justice Department discovered more classified documents at his home in Wilmington, Delaware.

Democrats' exasperation with Biden's response to the controversy coincides with expectations he will announce his 2024 reelection campaign after he delivers his State of the Union address next month.

Democrats, some of whom brought popcorn to the House Republican speakership election, are now having to answer questions about their own leadership. Although most distinguish Biden and former President Donald Trump's classified document controversies, an increasing number of White House allies are criticizing the administration's management of...