Attorney General Merrick Garland appointed Jack Smith to serve as special counsel in the Justice Department’s investigation into whether former President Donald Trump broke the law by taking classified documents to his residence at Mar-a-Lago.

Who Is Jack Smith? Smith formerly led the DOJ’s Public Integrity Section, which “investigates and prosecutes alleged misconduct of public officials” at the federal, state, and local levels, beginning in 2010. Before that, he served as an Investigation Coordinator at the International Criminal Court (ICC). He later served as acting U.S. attorney in Nashville, and in 2018 he was appointed Specialist Prosecutor at a Kosovo war crimes court located in The Hague.

Key Quotes: “Based on recent developments,” Garland said, “including the former president’s announcement that he is a candidate for president in the next election and the sitting president’s stated intention to be a candidate as well, I have concluded that it is in the public interest to appoint a special counsel.” Garland added that Smith was set to begin “immediately.”

How the Media Covered It: Coverage was widespread across the spectrum and was often featured prominently on homepages. Coverage was initially balanced across the spectrum, with coverage from left and right describing Smith as a “veteran prosecutor.” While some coverage mentioned former special counsel Robert Mueller for context, the New York Post (Lean Right bias) stood out by also mentioning special counsel John Durham. 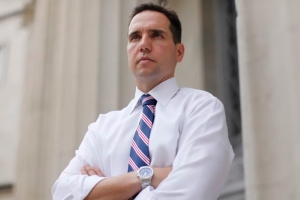 Smith will oversee investigations of the retention of national defense information at Trump's Mar-A-Lago estate, as well as key aspects of the department's Jan. 6 investigation, according to a senior Justice Department official.

Smith has most recently served as the chief prosecutor for the special court in The Hague charged...

Attorney General Merrick Garland has appointed a special counsel to oversee the Justice Department’s investigations into Donald Trump just days after the former president announced his intent to seek the office again in 2024.

Garland said Jack Smith, a longtime prosecutor and current war crimes investigator, would take the helm of two investigations, one into the mishandling of sensitive government records at Mar-a-Lago, as well as aspects of its investigation into Jan. 6., 2021 covering “whether any person or entity unlawfully interfered with the transfer of power.” 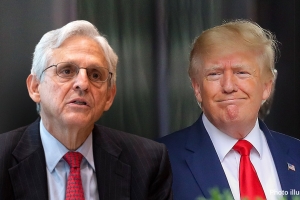 Garland appointed former Justice Department official Jack Smith to the role. Smith, a former assistant U.S. attorney and chief to the DOJ's public integrity section, will oversee the investigation into Trump's retention of classified documents after leaving the White House and whether the former president obstructed the federal government's investigation into the matter.