How Should Queen Elizabeth II Be Remembered?

Queen Elizabeth II's death sparked voluminous praise from voices across the world, with many remembering her as a model of service, duty, and dignity. Others used the moment to recall and criticize Britain's history of colonialism.

The queen's death continues to be the top story from most major news sources, regardless of bias. Many voices, from world leaders to U.S. columnists across the political spectrum, fondly commemorated the queen's dignity and unprecedented reign. Praise for the queen seemed universal from right-rated voices. Many opinions from the left and center were also overwhelmingly positive, but not all. Some columns from left-rated outlets, such as a New York Times Opinion (Left bias) guest essay from a Harvard history professor, voiced personal respect for the queen while also arguing that she "helped obscure a bloody history" of British decolonization "whose proportions and legacies have yet to be adequately acknowledged."

Some, including a Carnegie Mellon professor and a TV host in Argentina, had harsher words for the queen over her role in British colonialism; in a post that Twitter later removed, the professor wished for the queen's "pain to be excruciating." These criticisms were a focus of coverage from some right-rated outlets, which often framed them as being in bad taste. 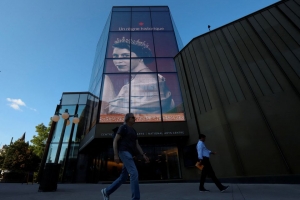 Here is some reaction to her death:

"As the United Kingdom's longest-lived and longest-reigning Head of State, Queen Elizabeth II was widely admired for her grace, dignity, and dedication around the world. She was a reassuring presence throughout decades of sweeping change, including the decolonization of Africa and Asia and the evolution of the Commonwealth."

"In a world of constant change, she...

Not merely a queen, but the Queen
Washington Examiner

People simply referred to “the Queen.” They usually didn’t say “Queen Elizabeth.” They didn’t need to. Neither her name nor those of the countries she ruled were necessary to identify her. There are other queens, of course, but none has remotely the same stature or instant recognition. Mention of them is likely to prompt the fugitive thought, “I’d forgotten that country had a queen.”

Why was there only one Queen?

Partly it was her brilliance in balancing warm accessibility and the awe-inspiring dignified distance that makes majesty. She was “Her... 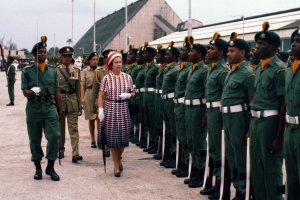 As the death Thursday of Queen Elizabeth II prompted an outpouring of grief from millions across the world, it also revived criticism of her legacy, highlighting the complicated feelings of those who saw her as a symbol of the British colonial empire — an institution that enriched itself through violence, theft and oppression.

"If anyone expects me to express anything but disdain for the monarch who supervised a government that sponsored the genocide that massacred and displaced half my family and the consequences of which those alive today are still trying to...