Queen Elizabeth II died on Thursday at her Scotland residence. She was 96.

The queen reigned over Great Britain for 70 years during a monumental period for the nation, overseeing the ending of the country’s imperial era and the dissolution of its colonial network. For many British subjects, Queen Elizabeth is the only monarch they have ever known. She was crowned in 1953 in the midst of great turbulence and strain on the Kingdom, which was still dealing with the fallout from World War II and the collapse of the colonial world order. BBC News's obituary emphasized this, stating that Queen Elizabeth “became for many the one constant point in a rapidly changing world as British influence declined, society changed beyond recognition and the role of the monarchy itself came into question.”

In a statement released by Buckingham Palace, heir to the throne Prince Charles, now referred to as King by the Palace, wrote “during this period of mourning and change, my family and I will be comforted and sustained by our knowledge of the respect and deep affection in which The Queen was so widely held.”

Prominent coverage of Queen Elizabeth’s passing was ubiquitous in all daily outlets across the spectrum and on social media on Thursday. The Daily Caller (Right Bias) ended its announcement by stating, “long-live the King.” 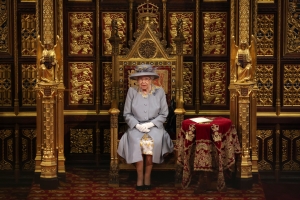 The death of Queen Elizabeth II, which Buckingham Palace announced on Thursday, is a watershed moment for Britain, at once incomparable and incalculable.

It marks both the loss of a revered monarch — the only one most Britons have ever known — and the end of a figure who served as a living link to the glories of World War II Britain, presided over its fitful adjustment to a post-colonial, post-imperial era and saw it through its bitter divorce from the European Union.

There is no analogous public figure who... 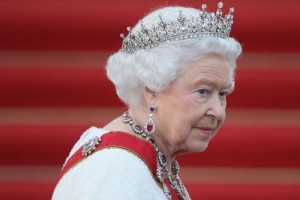 Queen Elizabeth II, Britain's longest-reigning monarch who served as the beloved face of her country and source of strength for seven decades, died Thursday at Balmoral Castle in Scotland. She was 96.

Elizabeth's doctors said earlier Thursday that they were "concerned for Her Majesty’s health" and that she was "resting comfortably" at Balmoral under medical supervision. 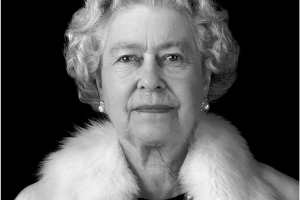 The long reign of Queen Elizabeth II was marked by her strong sense of duty and her determination to dedicate her life to her throne and to her people.

She became for many the one constant point in a rapidly changing world as British influence declined, society changed beyond recognition and the role of the monarchy itself came into question.

Her success in maintaining the monarchy through such turbulent times was even more remarkable given that, at the time of her birth, no-one could have foreseen that the throne would...