News coverage across the political spectrum is pointing out how Germany isn't joining the U.S. and its European allies in opposition to Russia's military buildup on the Ukrainian border.

The U.S. and other nations from the North Atlantic Treaty Organization (NATO) and European Union are preparing troops and sending weapons to Ukraine in response to Russia's possible invasion of the country. Germany's reaction has been different, as it reportedly blocked Estonia from transferring German-origin military equipment to Ukraine. New German Chancellor Olaf Scholz said over the weekend that there "would be a high price" for a Russian incursion into Ukraine and said Germany "will jointly act" with allies. Meanwhile, Germany’s navy chief resigned after saying Russian President Vladimir Putin probably deserves "respect."

Voices and analysts across the spectrum, from NBC News and the New York Times (Lean Left bias) to National Review and Wall Street Journal's opinion section (Lean Right), were united in highlighting Germany's hesitance to challenge Russia, with many describing it as the possible "weak link" in the conflict. Right-rated voices were often more critical of Germany and suggested that Nord Stream 2, a gas pipeline direct from Russia to Germany that's expected to move roughly 55 billion cubic meters of gas each year, is a significant conflict of interest that Putin will try to capitalize on. Some left- and center-rated sources focused on Germany's militarization during 20th-century wars as a potential reason for its current reluctance to play a role in a potential armed conflict. 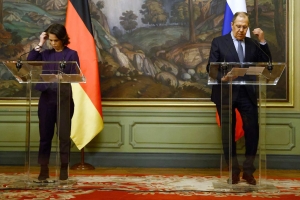 As the United States continues to pursue diplomacy amid a Russian military buildup near Ukraine’s borders, recent developments have put NATO’s ability to present a united front in question.

On Friday, it emerged that Germany was blocking NATO ally Estonia from transferring German-origin howitzer artillery to Ukraine, while off-the-cuff remarks from Germany’s navy chief Kay-Achim Schönbach—saying that Crimea would not return to Ukraine and that Russian President Vladimir Putin deserved respect—forced his resignation over the weekend.

German Foreign Minister Annalena Baerbock made no secret of the country’s hesitancy to provide arms that may...

Read full story
Some content from this outlet may be limited or behind a paywall.
See full media bias rating for Foreign Policy
From the Left
314
World
Why Germany might be the West's weak link in the Russia-Ukraine standoff
NBC News (Online) 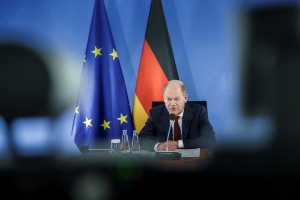 With Ukraine under growing threat from Russia, the United States and its NATO allies across Europe are stepping up their response.

But there is one notable country that appears to be holding back: Germany.

As Russian troops have massed on the Ukrainian border, Berlin has resisted pressure from its allies and neighbors to deliver arms to Ukraine while urging “prudence” when it comes to potential economic sanctions against Moscow.

The reluctance of Europe’s leading economic power to join the more robust Western posture has drawn criticism from Kyiv and threatened to undermine the effort to present... 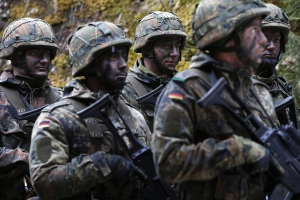 President Joe Biden’s press conference last week was atrocious, but one of his worst missteps amounted to telling the truth about Germany, if not by name.

Biden said there’d be divisions within NATO over a “minor incursion” by Russia into Ukraine. This is true enough, and the chief cause would be a Germany that is staking a strong claim to being our worst European ally.

If NATO is hollowed out over time, Germany will have much to do with it. The country is too guilt-wracked over its enormities in World War II to...