A series of President Donald Trump's tweets directed toward four progressive Democratic congresswomen last weekend ignited debates on the definition and proper contextual use of the word "racism." All political sides of the media covered the story using the word differently. Reporters, commentators and opinion writers on the left frequently focused their stories around the meaning and current state of "racism," with some arguing that this is a new low for Trump; Many in the center wrote similarly, with some referencing the Associated Press' newly released guidelines on using the word in news coverage. Many reporters and columnists on the right rejected the word's use in this sense, calling it a politically-charged mis-characterization. The AllSides Red Blue Dictionary offers a definition of the word "racism" that reveals how different groups think and feel about the term. 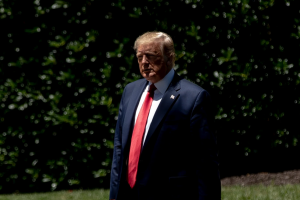 Donald Trump keeps trying to convince any disbelieving holdouts that he is a raging racist. At least, that’s how I imagine his motives. In truth, it is more likely that his truest nature is simply being revealed, again and again, and he is using his own racism to appeal to the racism in the people who support him.

On Sunday morning, the same day that the Trump administration earlier announced it would conduct raids to round up undocumented immigrants, Trump weighed in again on the conflict between four female freshmen...

With Latest Nativist Rhetoric, Trump Takes America Back To Where It Came From
NPR (Online News) 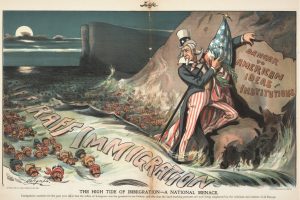 With his latest round of attacks on four first-year members of Congress who are women of color, President Trump has once again touched the raw nerve of racism in American life.

He has also tapped into one of the oldest strains in our politics — the fear and vilification of immigrants and their descendants.

Although three of the four women were born in the United States, the president said they should all "go back" where they came from. That phrase has echoed down generations of nativist discourse as successive waves... 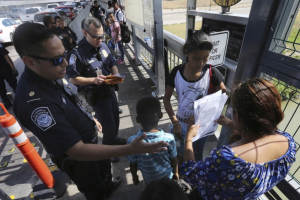 Earlier this year, the Associated Press announced a guideline change encouraging news reporters to call out racism. This might sound reasonable enough, but several media outlets just proved it’s the start of a troubling trend in journalism.

“Do not use racially charged or similar terms as euphemisms for racist or racism when the latter terms are truly applicable,” the Associated Press announced in a series of tweets. “If racist is not the appropriate term, give careful thought to how best to describe the situation. Alternatives include racially divisive, racially sensitive,...