Half Moon Bay: Seven dead in another California mass shooting

Violence In America, Gun Violence, Gun Control And Gun Rights, Mass Shootings, Death
Save for Later
From The Center 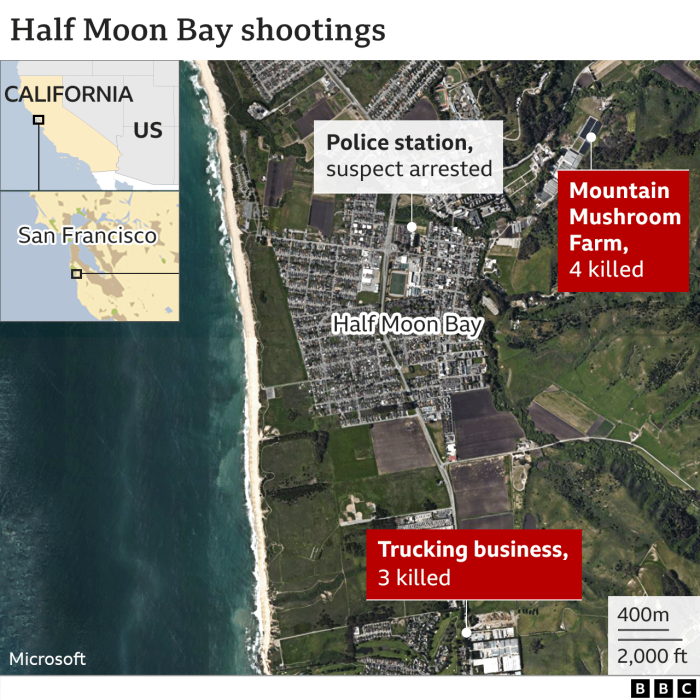 The US state of California is reeling from its third mass shooting in eight days after a man shot dead seven former co-workers south of San Francisco.

The attacks took place in the coastal city of Half Moon Bay. Some of the victims were Chinese-American.

Suspect Chunli Zhao, 66, was arrested after driving to a police station.

It comes as the state mourns the deaths of 11 people in Monterey Park - about six hours south-east of Half Moon Bay - during Lunar New Year celebrations.