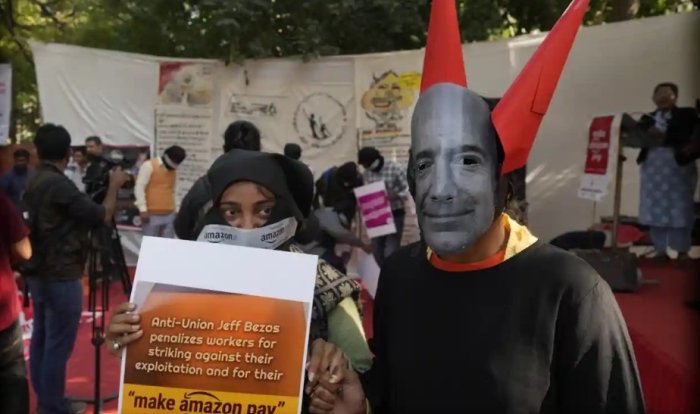 Amazon warehouse workers in the UK and 40 other countries are to strike and stage protests timed to coincide with the Black Friday sales, one of the company’s biggest shopping days of the year.

Employees in dozens of countries, from Japan and Australia to India, the US and across Europe, are demanding better wages and conditions in a campaign called “Make Amazon Pay”.

In the UK, hundreds of members of the GMB union are staging strikes or protests at a number of Amazon warehouses, including a protest outside its fulfilment centre in Coventry.