Russia denies and deflects in reaction to Bucha atrocities 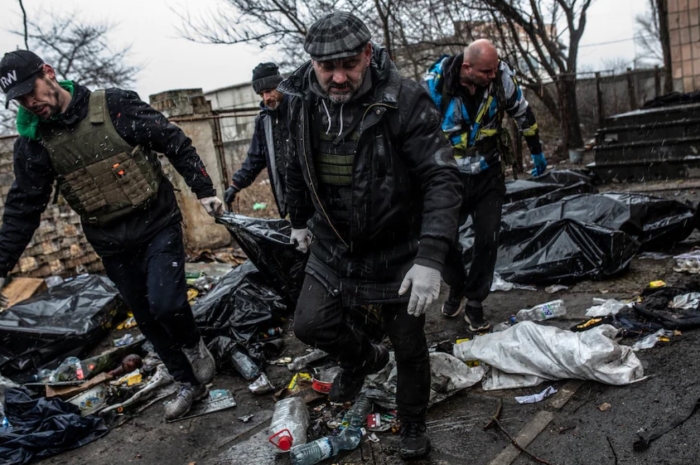 As the world expresses outrage over mounting evidence that Russian troops slaughtered civilians in the Ukrainian city of Bucha, officials in Moscow are denying Russian involvement and dismissing images of dead bodies as fraudulent.

Russian diplomats and pro-Kremlin accounts on Monday amplified that view on social media, going so far as to suggest that corpses in video footage were actors participating in a hoax to discredit Russia. State-controlled news programs, meanwhile, either ignored the apparent atrocities or echoed the official line.

Read full story
Some content from this outlet may be limited or behind a paywall.
Russia, Ukraine War, Bucha, Vladimir Putin, Media Industry, Propaganda, Foreign Policy