Trump's D.C. hotel lease is not a good look for the federal government

Criminal Justice, Donald Trump, Economy and Jobs, Role of Government
Save for Later
From The Left 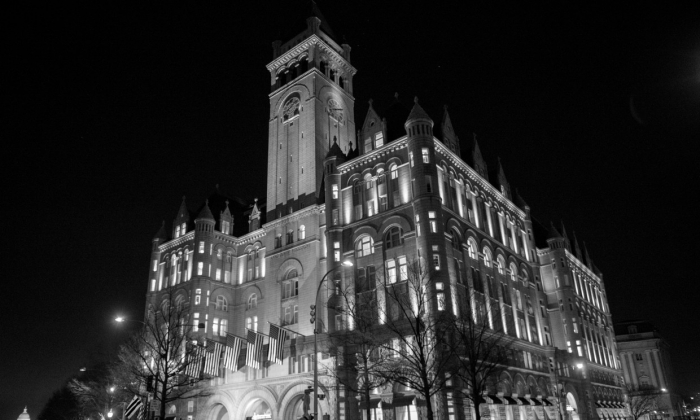 This week, we learned that the federal agency responsible for the lease of the federal landmark property — the Old Post Office — of former President Donald Trump’s Washington hotel approved a lease that for the duration of Trump’s term was probably illegal.

The General Services Administration ruled in 2017 that the Trump International Hotel lease was in “full compliance” with federal law even though a clause in the lease explicitly forbade “any elected official” of the federal government from receiving any benefit from the leased property. In a letter to Trump’s sons Donald Trump Jr. and Eric Trump, the GSA said the terms of the lease were complied with because Trump had resigned from his positions with the Trump Organization and would receive no “direct” earnings from the hotel.

That made no sense. Throughout his presidency, Trump retained ownership interest in the Trump Organization and its properties, including the Trump International Hotel. The fact that the hotel’s profits went to a corporation owned by and controlled by Trump rather than to Trump personally was irrelevant. Also irrelevant was the fact that he appointed someone else — his sons, of course — to manage the corporation while he was president. Ditto Trump’s claim he had a “blind trust.” He couldn’t simply put the Trump hotel and his other properties in a “blind trust” and pretend he didn’t know he owned them.

The bottom line is that every dollar that went to the corporation that operated the hotel enriched Trump. Trump obviously received a benefit from the federal government’s lease of the Old Post Office. The GSA lawyers who said this arrangement complied with the terms of the lease focused on form over substance. And they surely knew who their boss was: a GSA administrator appointed by none other than Trump himself.

Infusing Civic Engagement and Equity into Your Charter