race and racism, Ahmaud Arbery, Jesse Jackson, Courts
Save for Later
From The Right 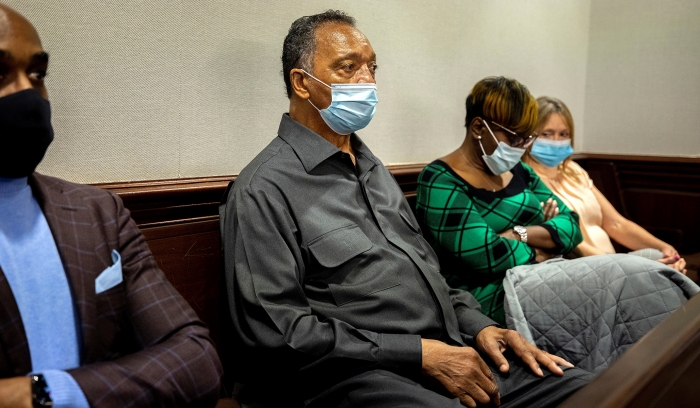 (Stephen B. Morton/Pool via Reuters)

A lawyer representing one of the men indicted with murder and other crimes in Arbery’s death argued Jackson’s presence in eyeshot of the jury could bias their deliberations.

Read full story
Some content from this outlet may be limited or behind a paywall.
race and racism, Ahmaud Arbery, Jesse Jackson, Courts