Joe Biden, race and racism, sports, White House
Save for Later
From The Right 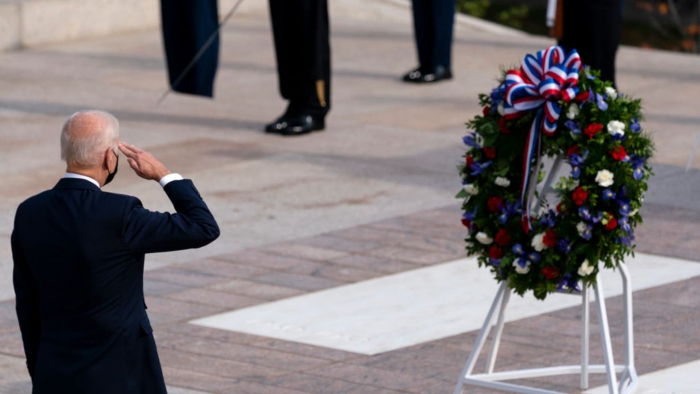 President Biden referred to the late baseball player Satchel Paige as "the great negro" before correcting himself during his Veterans Day address at Arlington National Cemetery on Thursday.

Biden was honoring former U.S. Ambassador to Hungary Donald Blinken, an Army veteran and father of Secretary of State Antony Blinken, during his speech when he launched into a story about Paige, who played in the so-called "Negro leagues" before moving to Major League Baseball in the late 1940s.

"I’ve adopted the attitude of the great negro at the time, pitcher of the Negro leagues, who went on to become a great pitcher in the pros — in Major League Baseball — after Jackie Robinson. His name was Satchel Paige," Biden recalled.

NEWS
After a tough first year, can Biden fare better in year two?
Yahoo! The 360

News
After a tough first year, can Biden fare better in year two?
Yahoo! The 360