The Taliban’s Sharia Is the Most Brutal of All

Middle East, Sharia law, Afghanistan, Taliban, Terrorism
Save for Later
From The Center 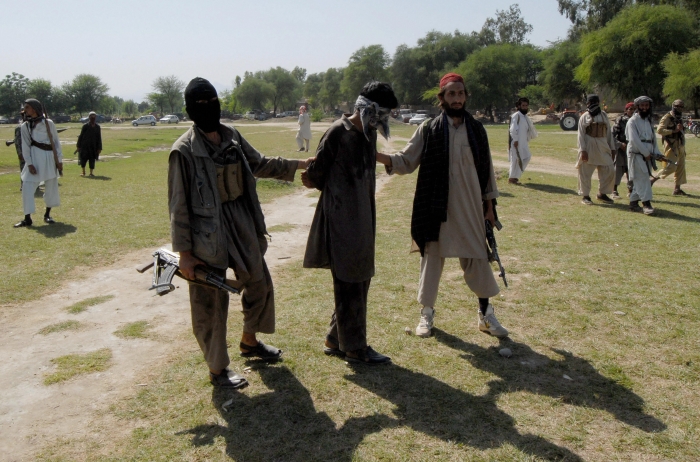 Late last month, the Taliban killed four men and hung their dead bodies in public squares in the northwestern Afghan city of Herat. One lifeless corpse dangled off a crane above throngs of commuters who were stunned at the exhibition and grasping the significance of the moment—a return to the past. The group’s newly appointed mayor declared the killed as kidnappers and boasted about the display of the dead as an effective deterrent. He warned: Other criminals would meet the same fate.

Due process was an additional casualty of the Taliban’s speedy verdict, however. There was no court case, no jury, no one to check the Taliban’s claims.

The hangings came just a day after Mullah Nooruddin Turabi—previously head of the Taliban’s notorious Ministry of Promotion of Virtue and Suppression of Vice two decades ago and now in charge of prisons—said that the Taliban will resume amputations and executions. “No one will tell us what our laws should be,” he told the Associated Press, as if severing limbs and stoning women buried up to their chest were not brutal acts but a matter of sovereignty and cultural preference.

Read full story
Some content from this outlet may be limited or behind a paywall.
Middle East, Sharia law, Afghanistan, Taliban, Terrorism

HEADLINE ROUNDUP
The Media Predicts What's To Come in 2022