Foreign Policy, Cuba, Cuba protests, sanctions
Save for Later
From The Left 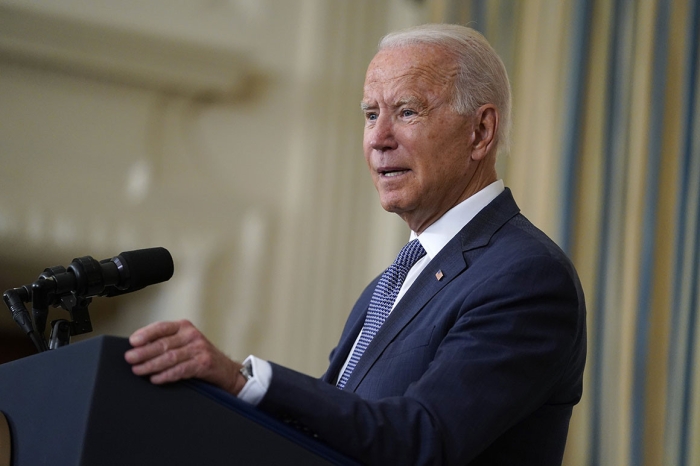 President Joe Biden on Thursday announced plans to slap targeted individual sanctions on Cuba regime officials and entities, bucking the progressive voices in his own party who called for an end to the embargo.

The sanctions target Alvaro Lopez Miera, the head of the armed forces in Cuba, and the Cuban Ministry of the Interior’s Special National Brigade, known as the "black berets," for their involvement in the crackdown after historic protests in more than 40 cities across the island.

PERSPECTIVES BLOG
When The United States Gets Bored and Goes Home

NEWS
Biden vows a new era of ‘relentless diplomacy’ as the world contends with Covid, climate change and China
CNBC

President Biden’s announcement this week of a deal to help Australia deploy nuclear-powered submarines has strained the Western alliance, infuriating...

China has criticised a historic security pact between the US, UK and Australia, describing it as "extremely irresponsible" and "narrow-minded". The deal...

The sister of North Korea Supreme Leader Kim Jong-Un has claimed that talks of peace with South Korea can resume if it ends "...

The United States is moving into a “new era of relentless diplomacy,” President Biden said Tuesday during the opening of the UN General Assembly, despite...

President Joe Biden will focus his speech to the United Nations on Tuesday about the importance of working together with China, the White House said. “There...

On Thursday, Secretary of State Antony Blinken’s Twitter feed stated that the Biden administration was willing to “stand with the people of Hong Kong,” but...

France cancels DC gala after being left out of AUKUS pact

After calling the Biden administration’s failure to include France in the national security pact with the United Kingdom and Australia a “stab in the back,”...